This is the pinwheel quilt that almost wasn't. 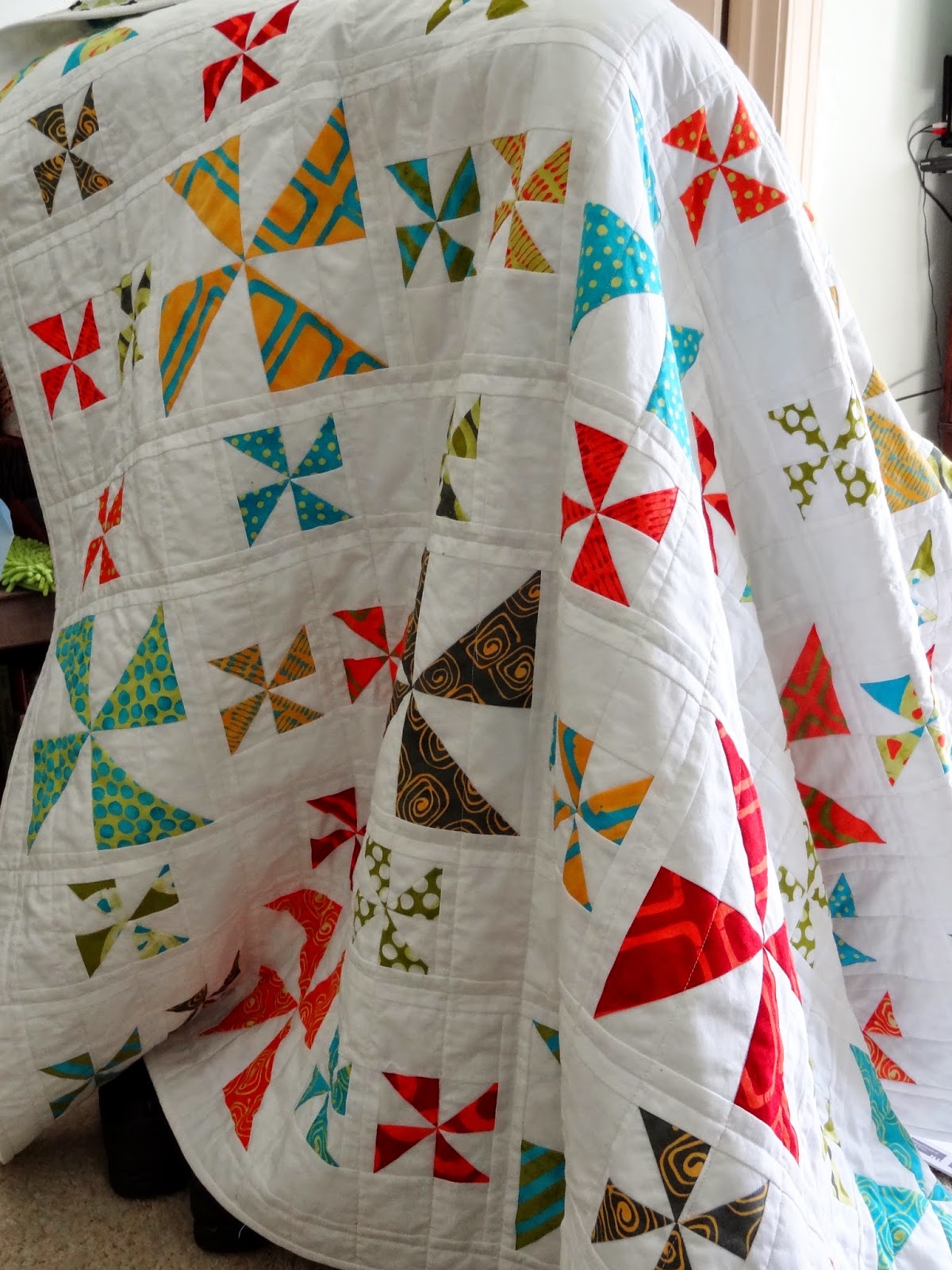 98 pinwheels later and it's a quilt.
(Yes, Sheila, I miscounted)
The reason it almost wasn't is because the 98 pinwheels would have had to have been sewn together by way of improve.  That would have taken me forever and NEVER would have gotten done.
So I had to decide on a more structured layout.  I had too many pinwheels already made and didn't want them laying around to remind me of a failed idea. 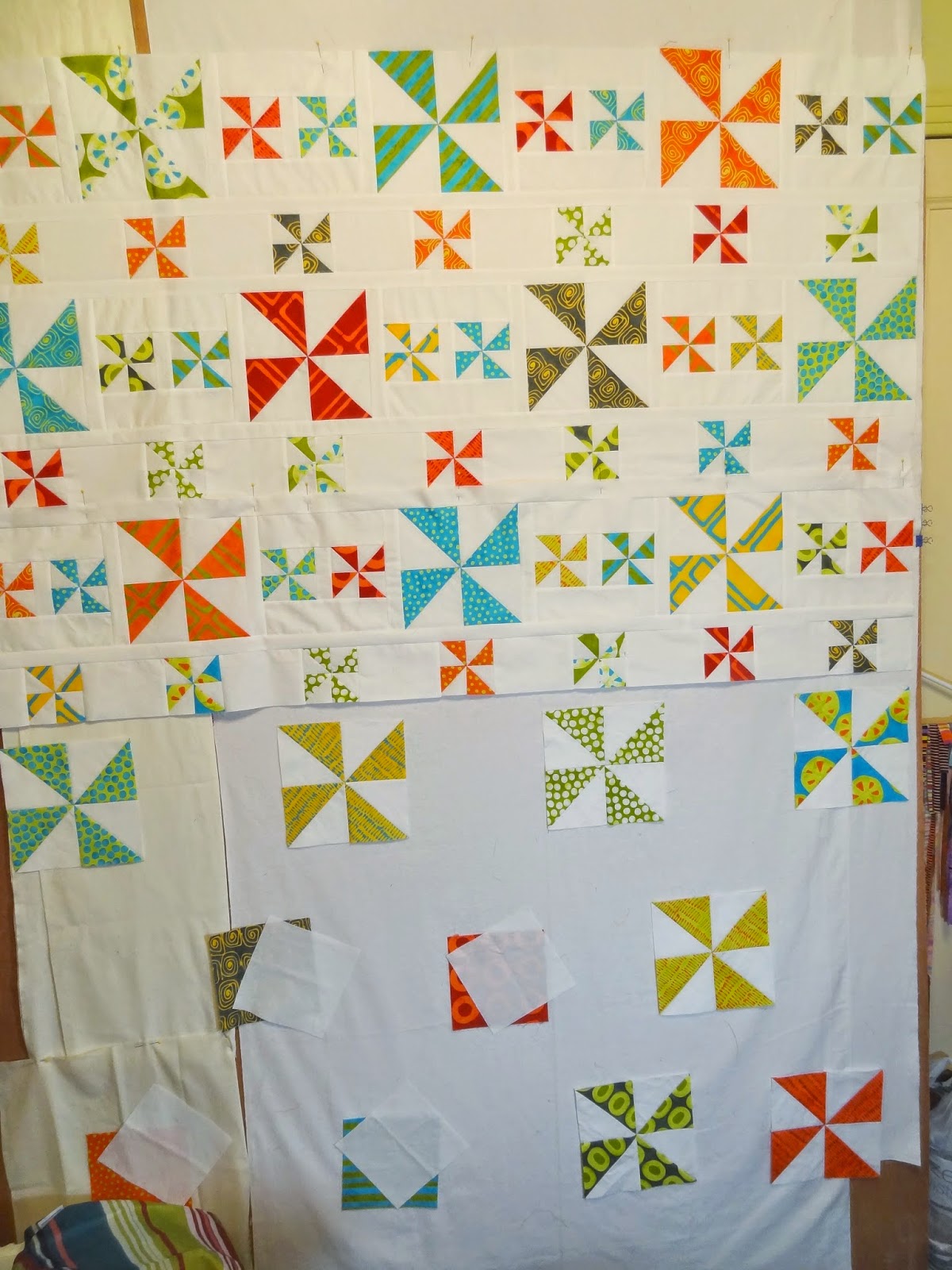 I worked at this quilt diligently until it was finished because I didn't really want to make it after the layout disappointment.  I knew if I stopped it would become a UFO.  I don't want quilt UFOs.﻿ 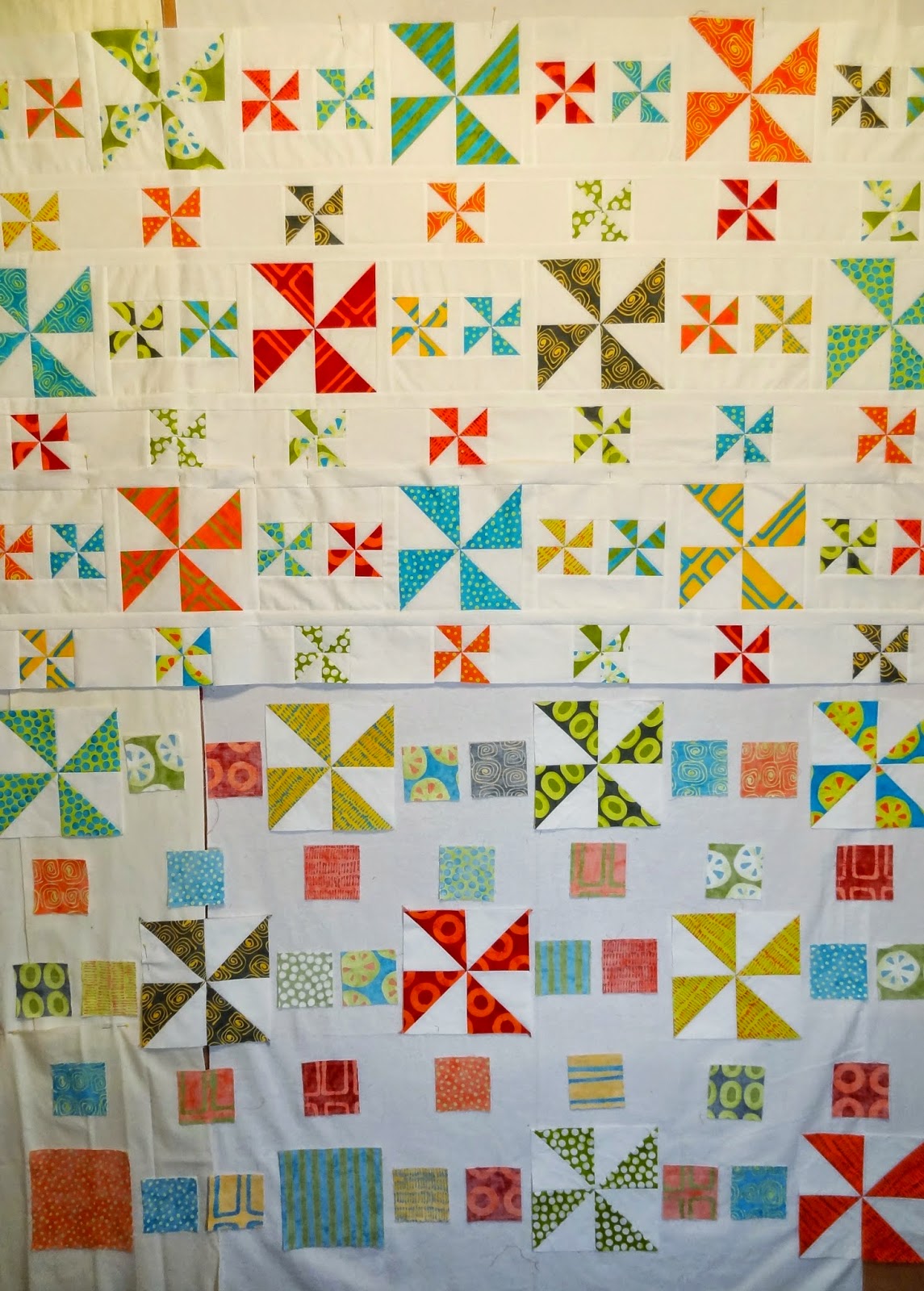 Quilting this quilt was quite the challenge.  The 3 second rate purple air soluble markers I bought would make two or three lines across the quilt then spit purple ink blobs on it !!!! When I finally gave in and bought the Dritz brand..... 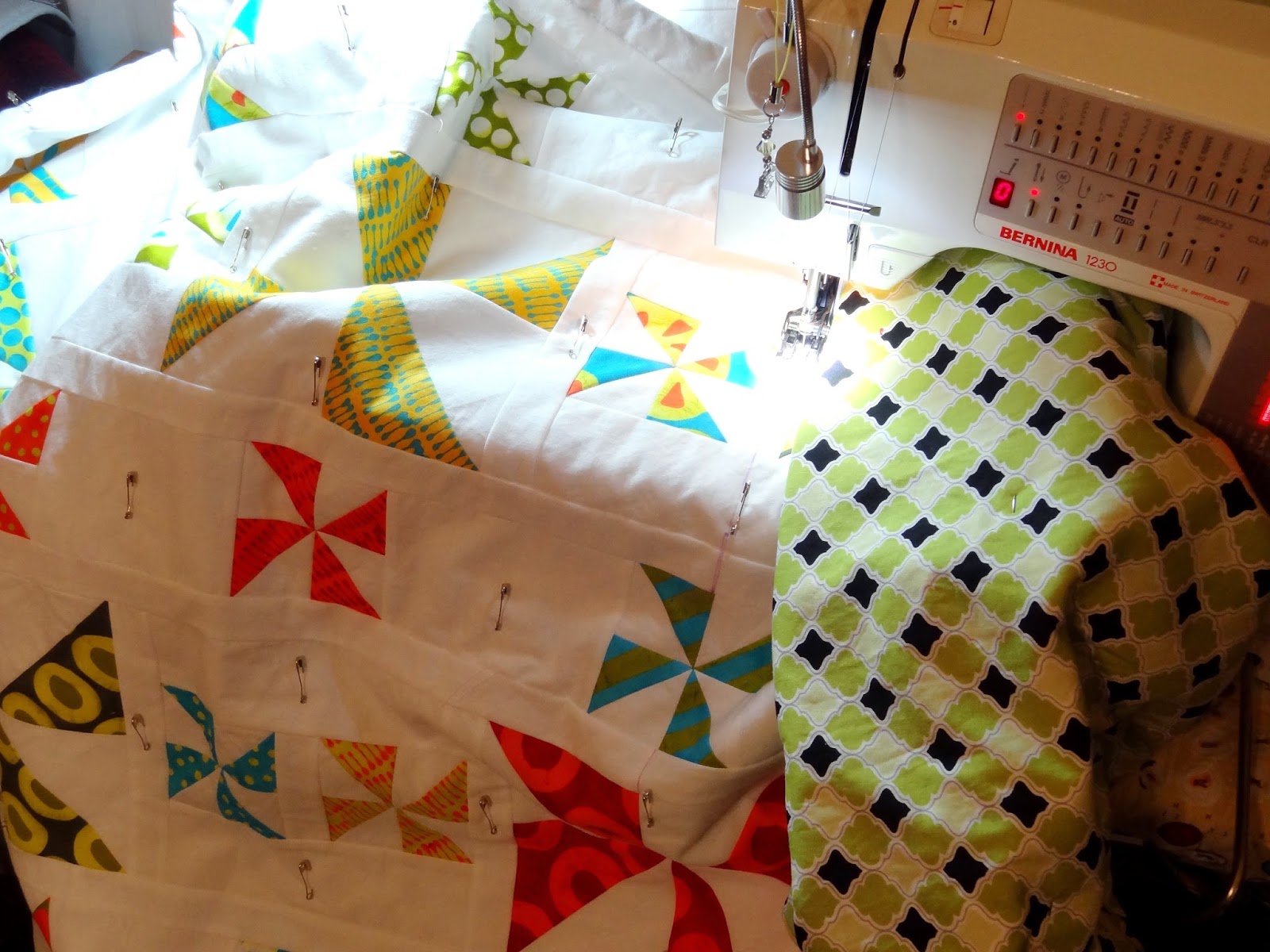 ﻿
all was well and quilting went like a breeze. 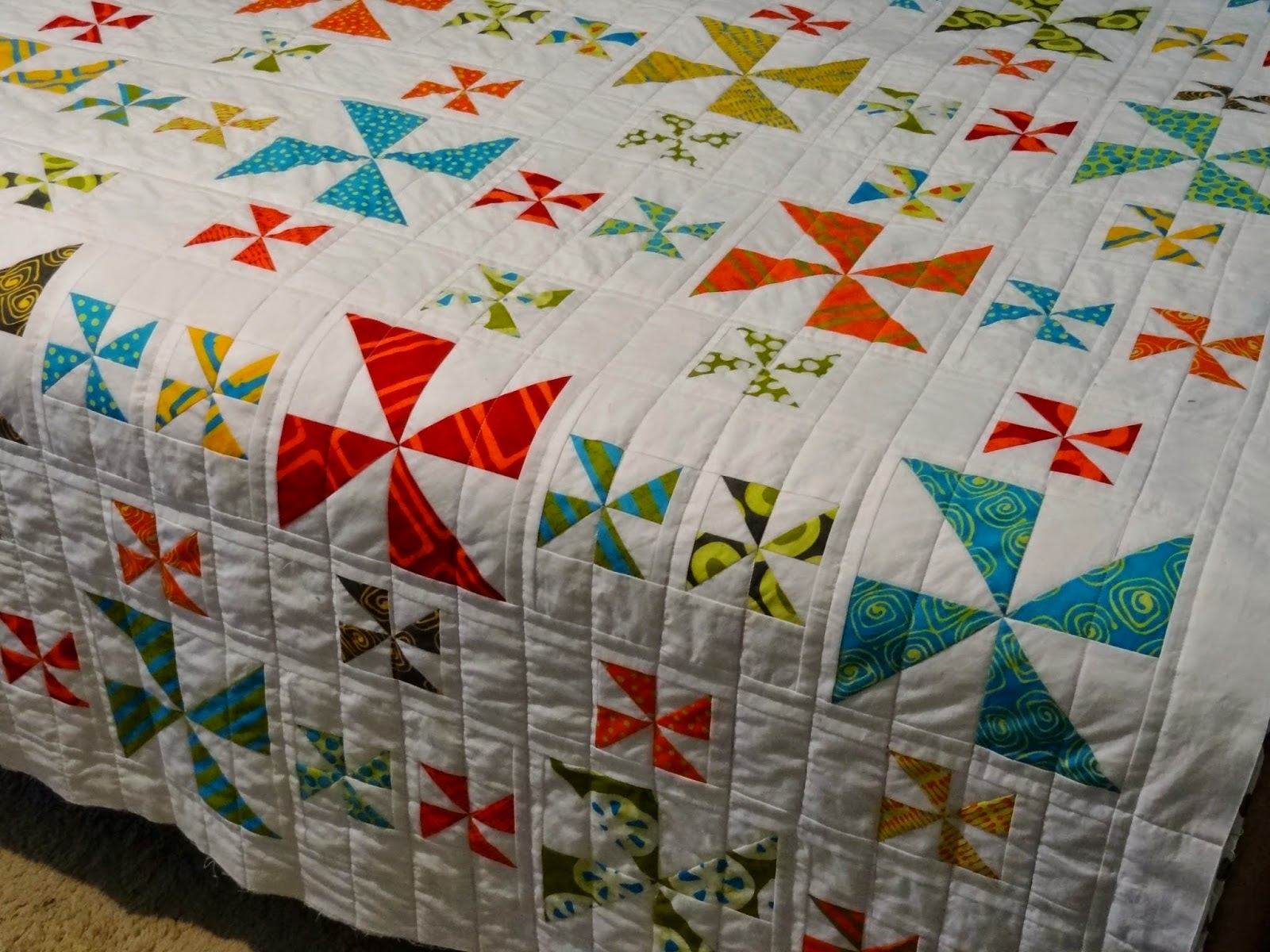 You can't even imagine how happy I was when the binding was on and the quilt was done. 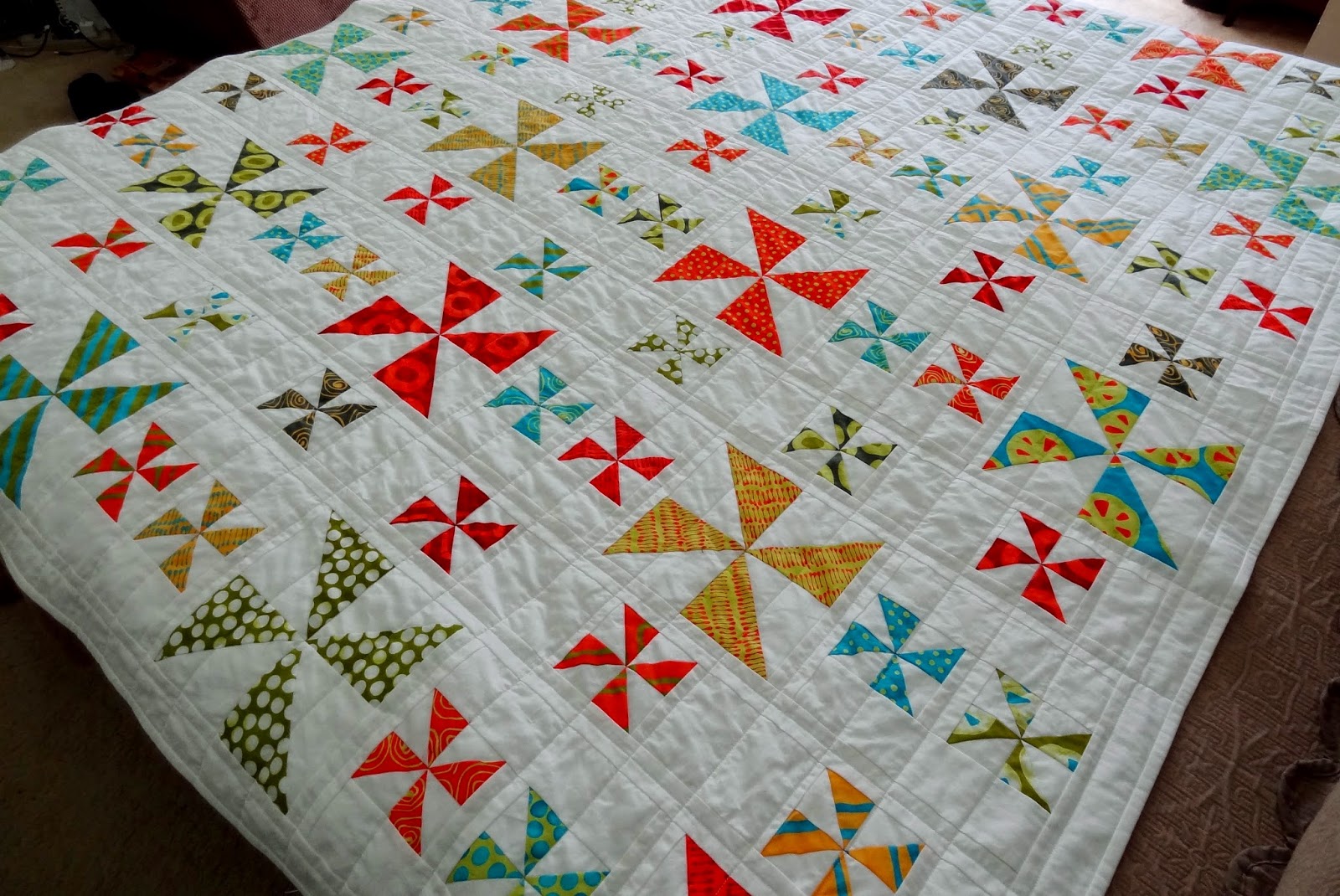 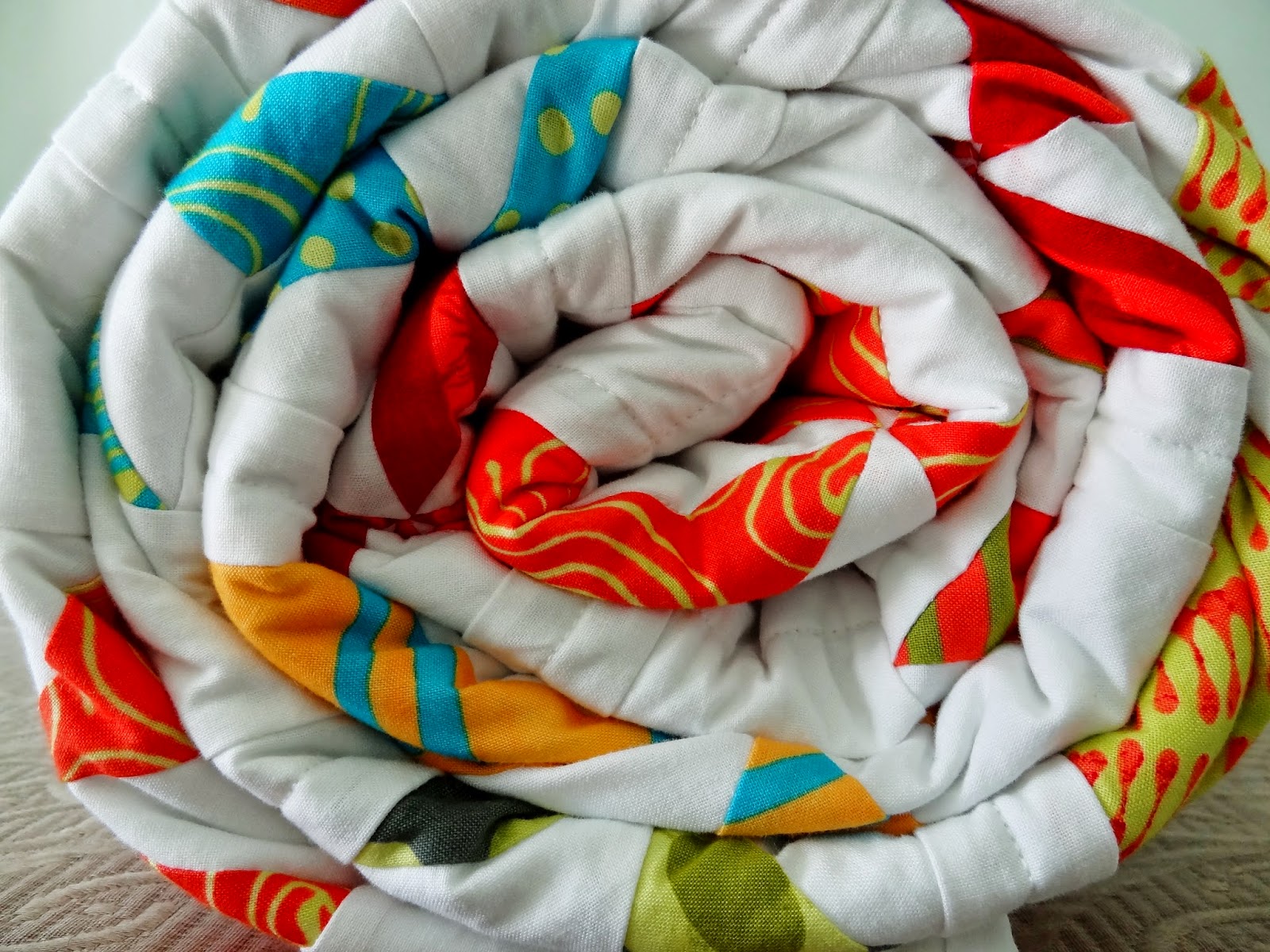 This pinwheel quilt was made with the same fabric collection as I made this Fractured quilt. 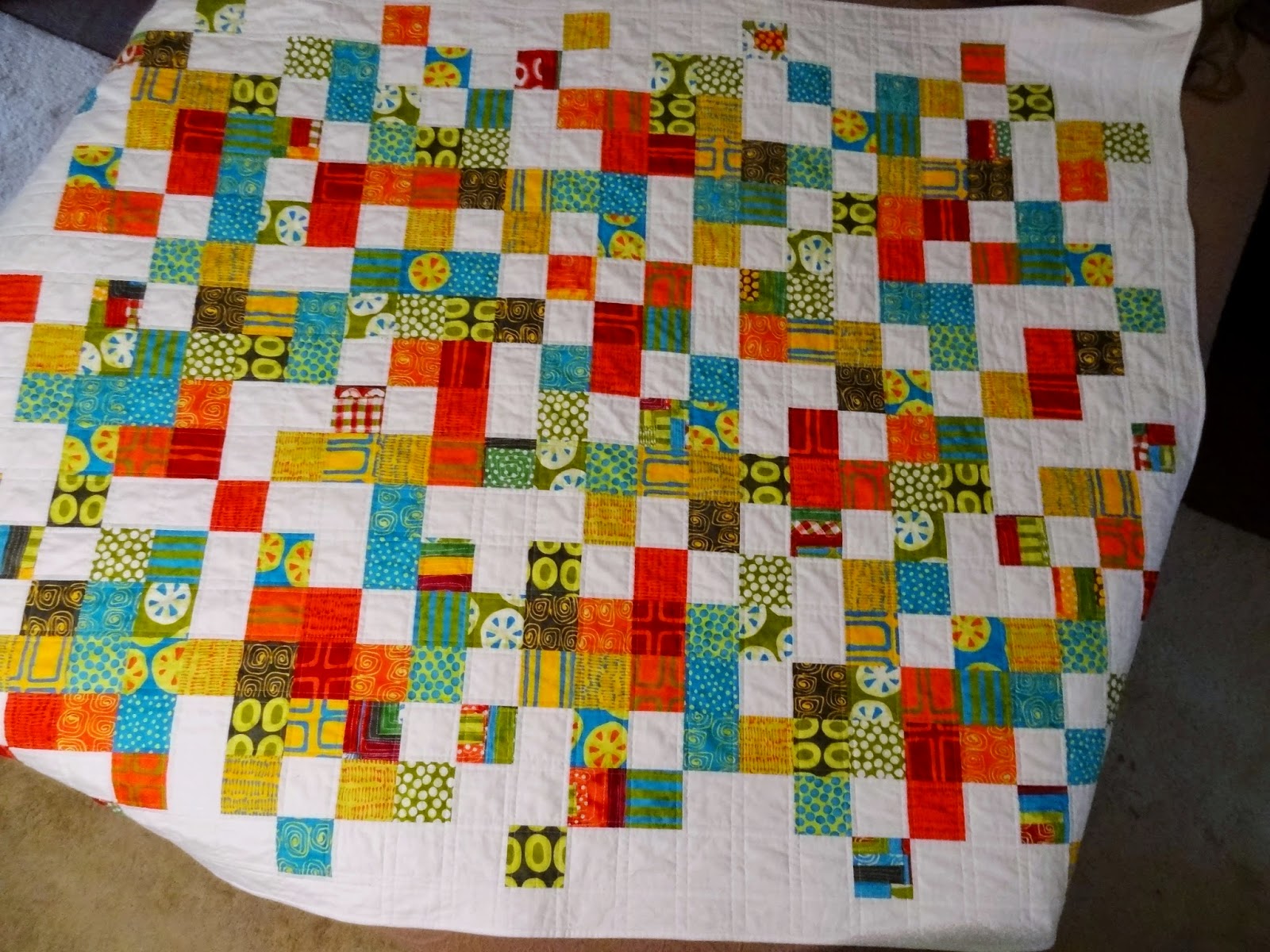