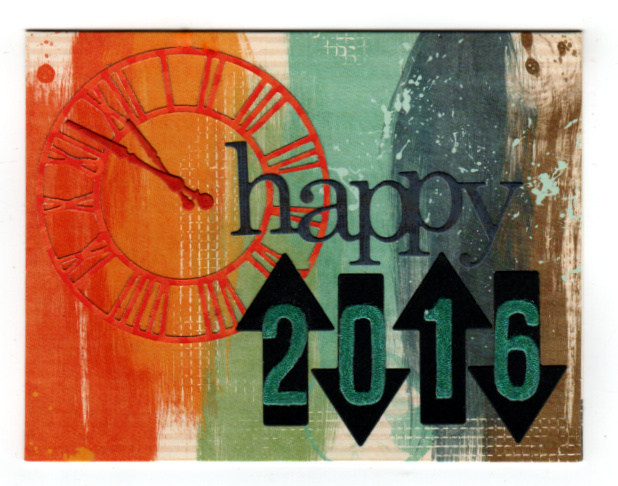 Now that traditional Thanksgiving and Christmas are past, I am free to make Annie-style cards to send to my daughter and my friends.  The people who don't look at these cards as if I were out of my mind.

So I had a play with postage people.  It's been a while.  Adolph S. Ochs has been patiently waiting in my stash for a body.  The man's body is a Tim Holtz Found Relative card.  Adolph went on a trip to Connecticut. 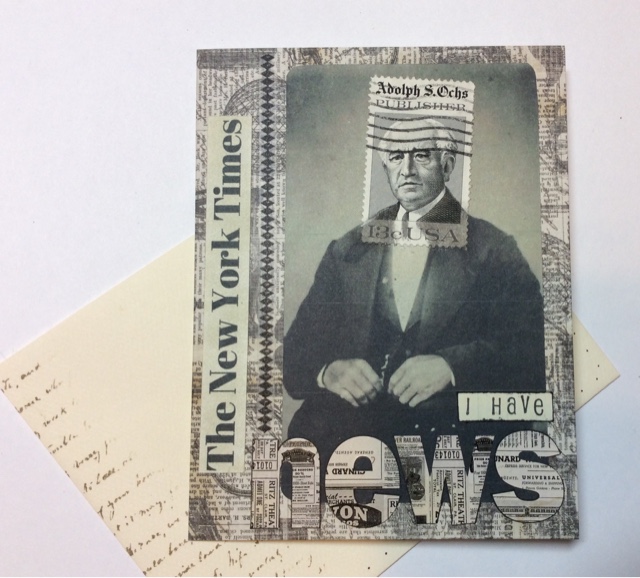 Butterfly lady is still traveling.  She came about from a long awaited play time to create in my own style. 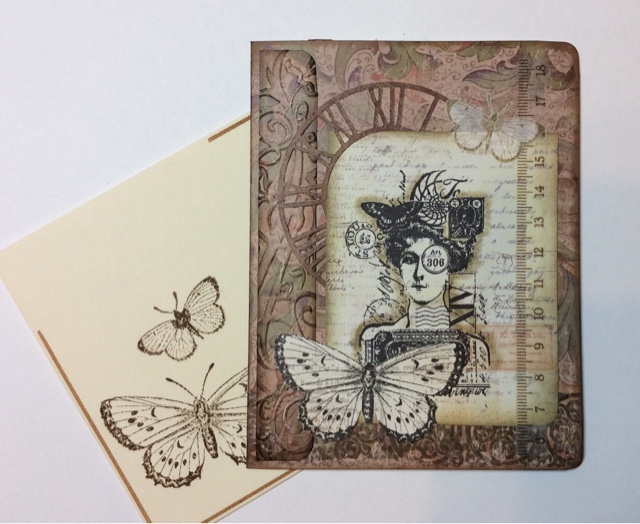 Quiet Winter also is still traveling.  This card emerged from trying a technique I found on Pinterest. 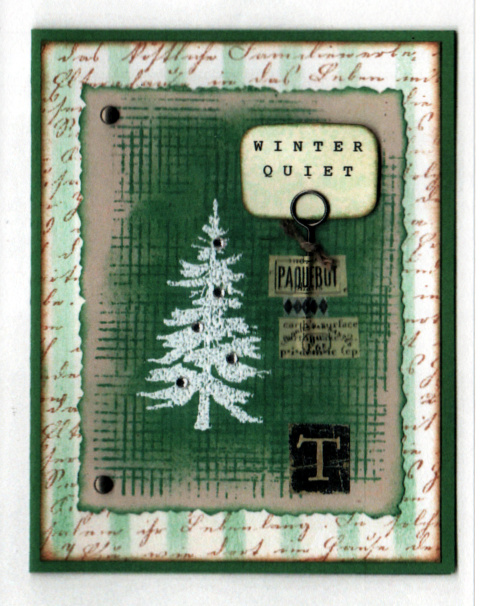 And then lastly, I needed a Thank You note. 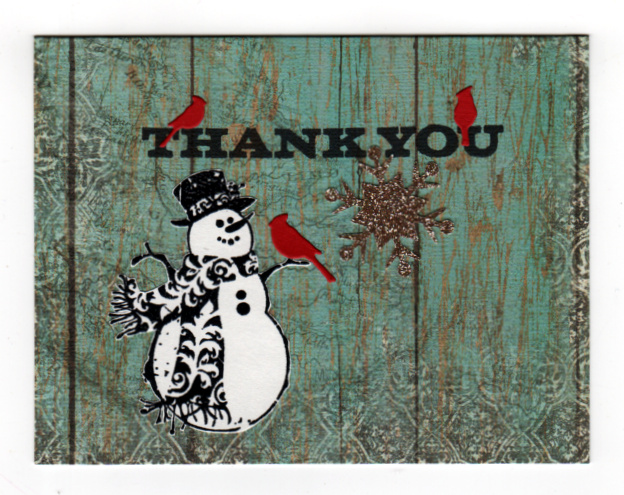 And now for a new year to start fresh again.  May 2016 be your best new year ever!

Email ThisBlogThis!Share to TwitterShare to FacebookShare to Pinterest
Labels: Cards

Last November I joined in a Christmas Postcard Exchange with other like-minded bloggers, hosted by Sheila at Sheila's Quilt World. I mailed my postcard to Lin in Paris. 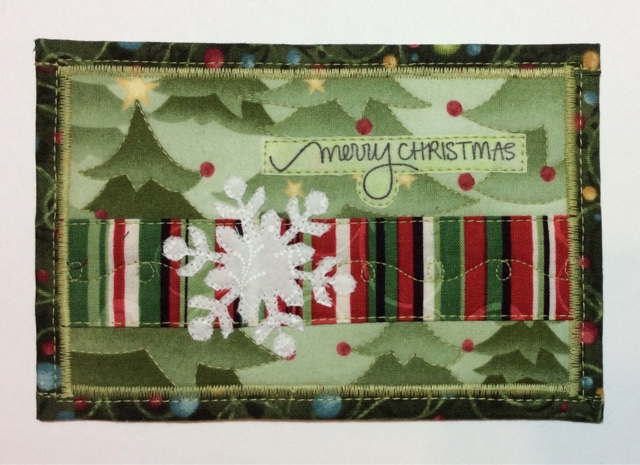 This card seems to have taken the scenic route, as it took a bit long in arriving. But finally arrived, it did.  just as I was about to start on a replacement postcard. Sometimes all we need to do is threaten our original mail art with replacement mail art.

I did not have the long wait that Lin had. Her beautiful postcard arrived well before Christmas for my holiday enjoyment. 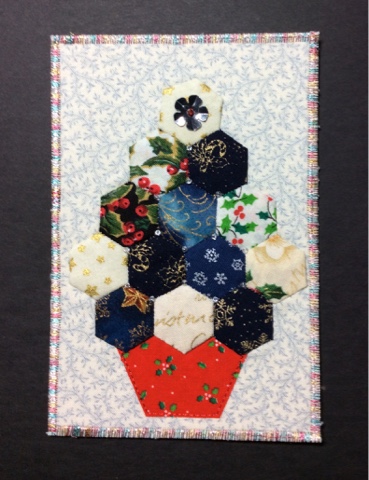 I love all these perfectly made hexies stitched together with such perfect and incredibly tiny, barely visible stitches. And something I've not seen before, teeny tiny beads stitched at each inside point. All finished off with a metallic thread satin stitched edge. Thank you so much Lin for this beautiful postcard.

This day after Christmas is a great time to look back on Christmas Day and all the days leading up to it and reminisce on the beauty of this season with a smile. I hope everyone has happy hearts.

It always seems that at this time of year people are friendlier and more giving.  Wouldn't it be wonderful if we were all like that all year long?  We all have our limits to being walked on, but other than that, it's not so hard to be kinder than we think we can be.

Wishing all my blogging friends and followers a very
Merry Christmas 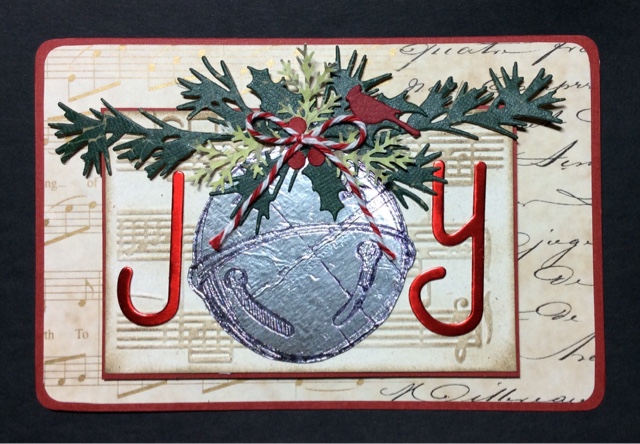 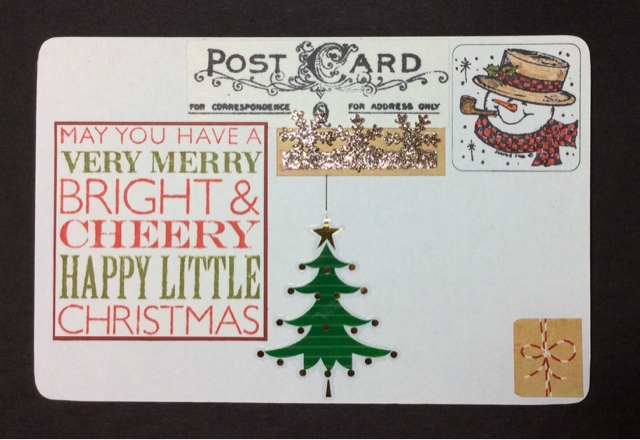 For the rest of my dear family and friends, I altered a commercially produced card.  I chose this Christmas collage card...no surprise there, eh. 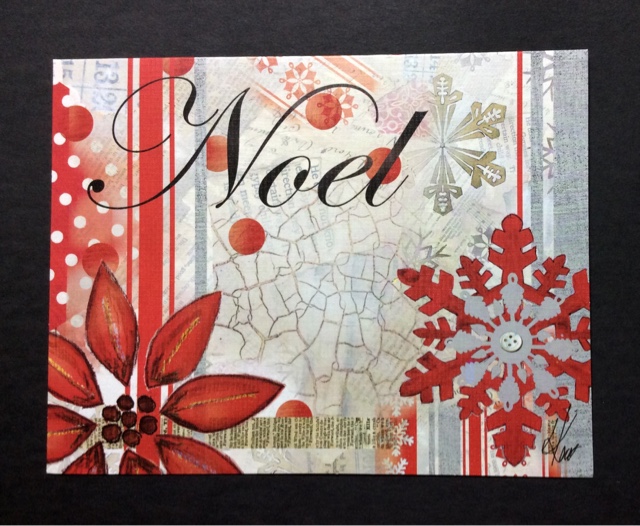 And I added three glittery snowflakes.  The largest on a pop dot for a 3-D appearance. 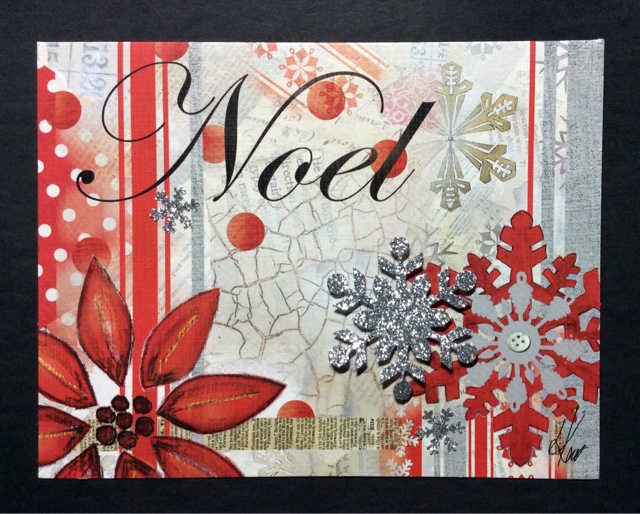 This too was mass production except that it was in such a simple form that I managed a whole stack without whining.....too much.

I mostly had small gifts and money to wrap.  And I love the "brown paper packages tied up with string" Pinterest photos.  So I took my lead from inspiration in those photos. 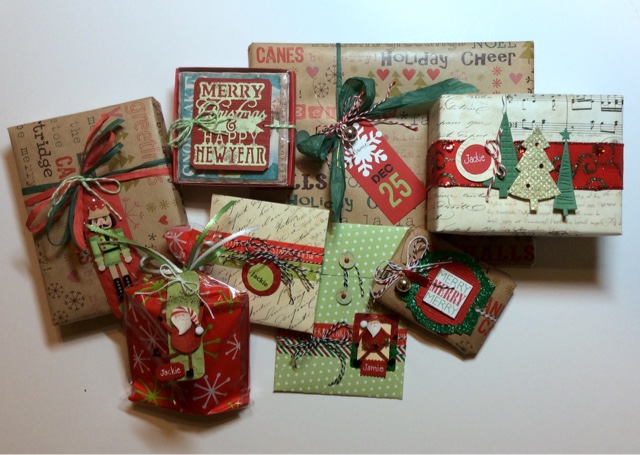 I hope the world has a joyous Christmas!

Don't faint... I've been sewing again.
And now I am enjoying this wonderful Winter guy this year. 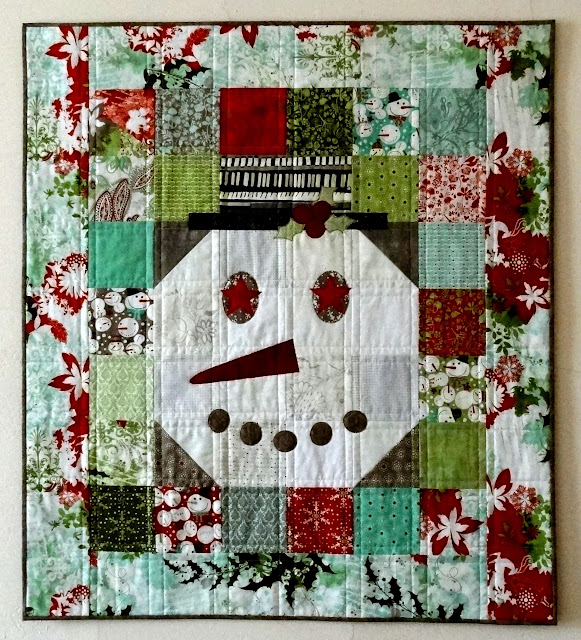 I found him at the Madison, WI Quilt Expo this last September.  I NEVER buy quilt kits.  NEVER.  But I loved the fabrics he was made up with.  I immediately asked if they had him in a kit.  YES!  And of course it was the last one.  They didn't need that sales pitch because I was going to buy it no matter what.  LoL

I thought he was wearing a ball cap until I gave the pattern a good look.  This is when I discovered he is a basket. 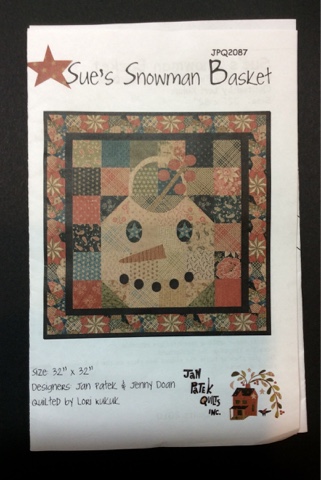 I don't much care for the basket idea so I changed him up giving him his top hat.  I adore him!  I love that he's festive enough for Christmas and not-so-much Christmasy that he can remain hanging all through Winter.

The fabric collection is blitzen by basicgrey for Moda
The pattern is Sue's Snowman Basket by Jan Patek Quilts Inc.

November 2015 and Where I Play 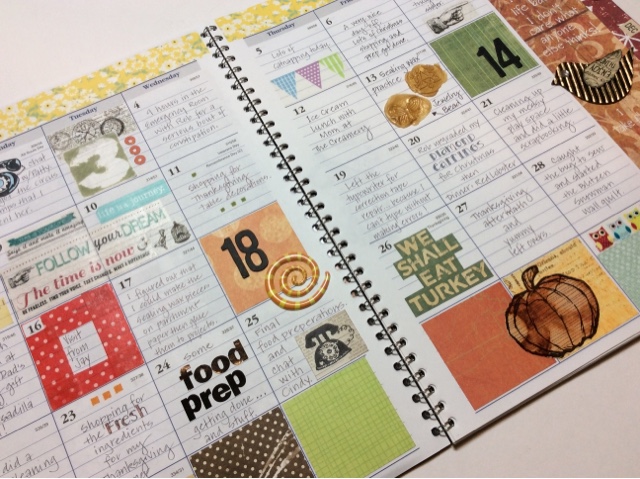 Here's how it went for me. 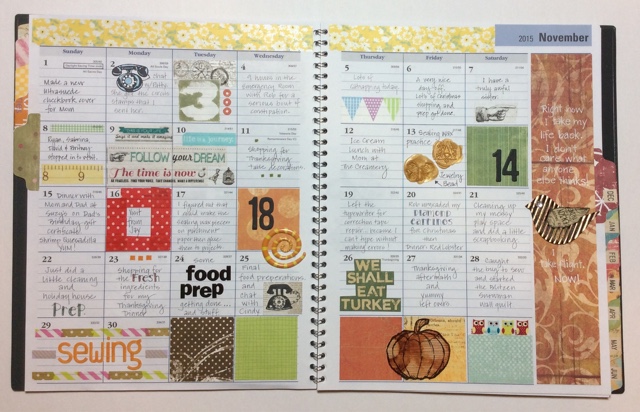 I cleaned up my play space just before Thanksgiving.  I don't do it often and I seem to always be playing in a mess.  Play time is too minimal to waste it cleaning up.  So here's a peek into my "tidy" happy place. 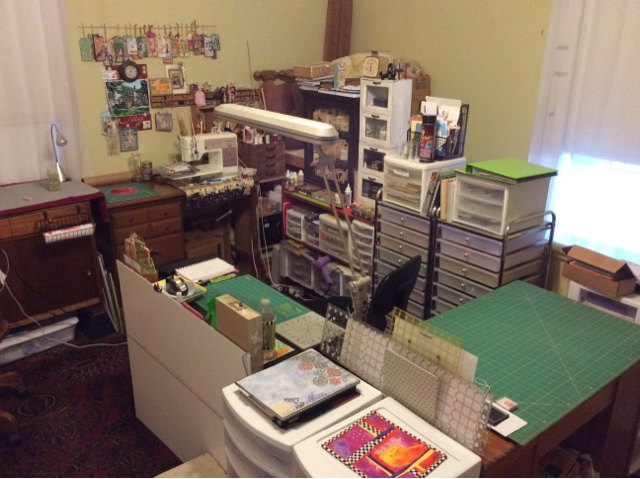