A Study In Layers

A Study In Layers is a much kinder title than This Poor Art Journal Page. 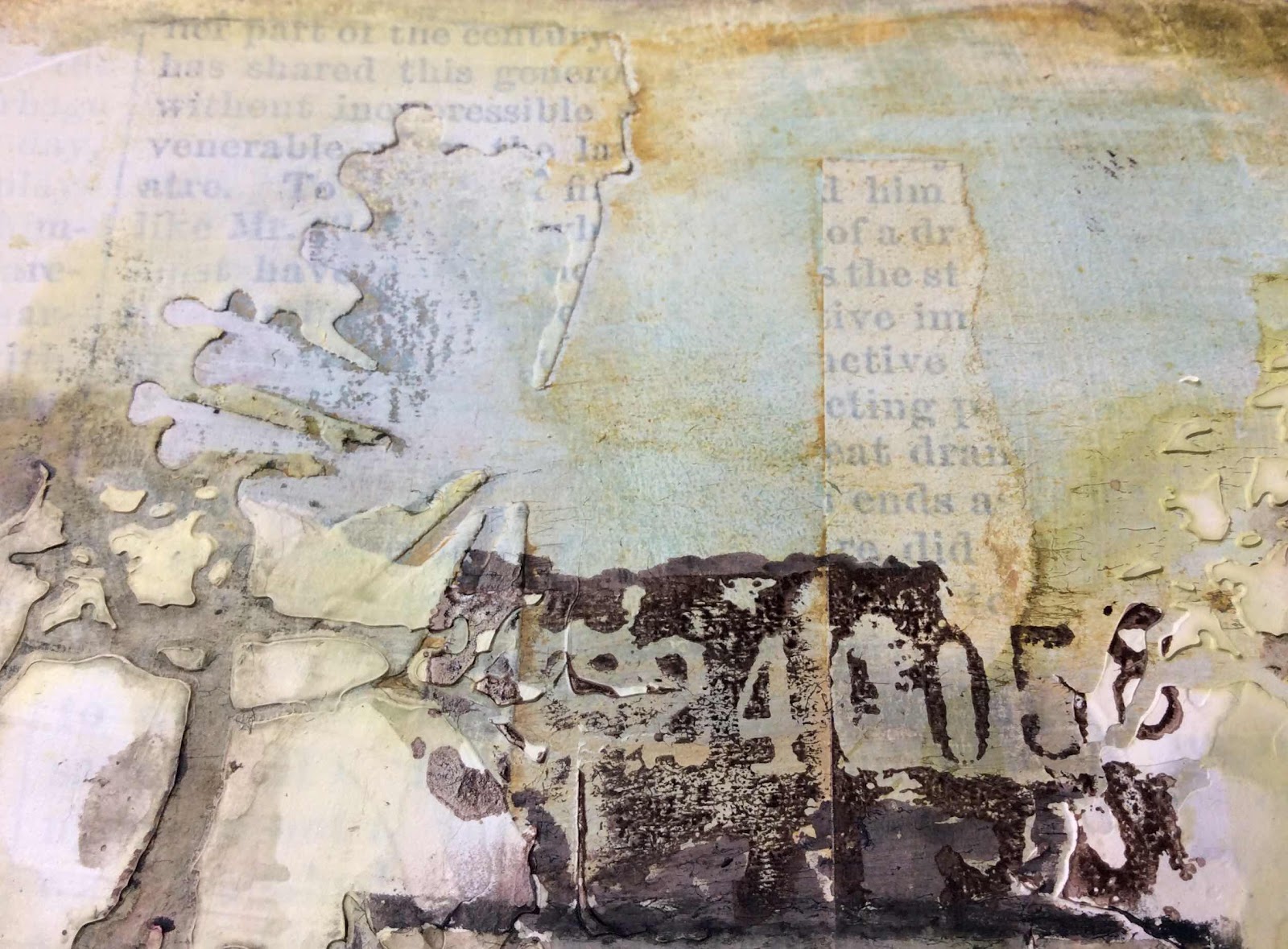 This page has been around the block and back more times than I could keep count.  It really is full of layers.  Layers of fixing attempts!  It looks nothing at all like it started out to look.  I even tore the page from the journal as a reject.  But when I decided to cut it down to try to rescue it as a postcard, I saw one last possible save attempt.
I swear, my art is awful until I successfully (I use that word loosely) “fix” it with a dozen layer attempts.  I won’t even begin to explain the process of the many layers on this page. 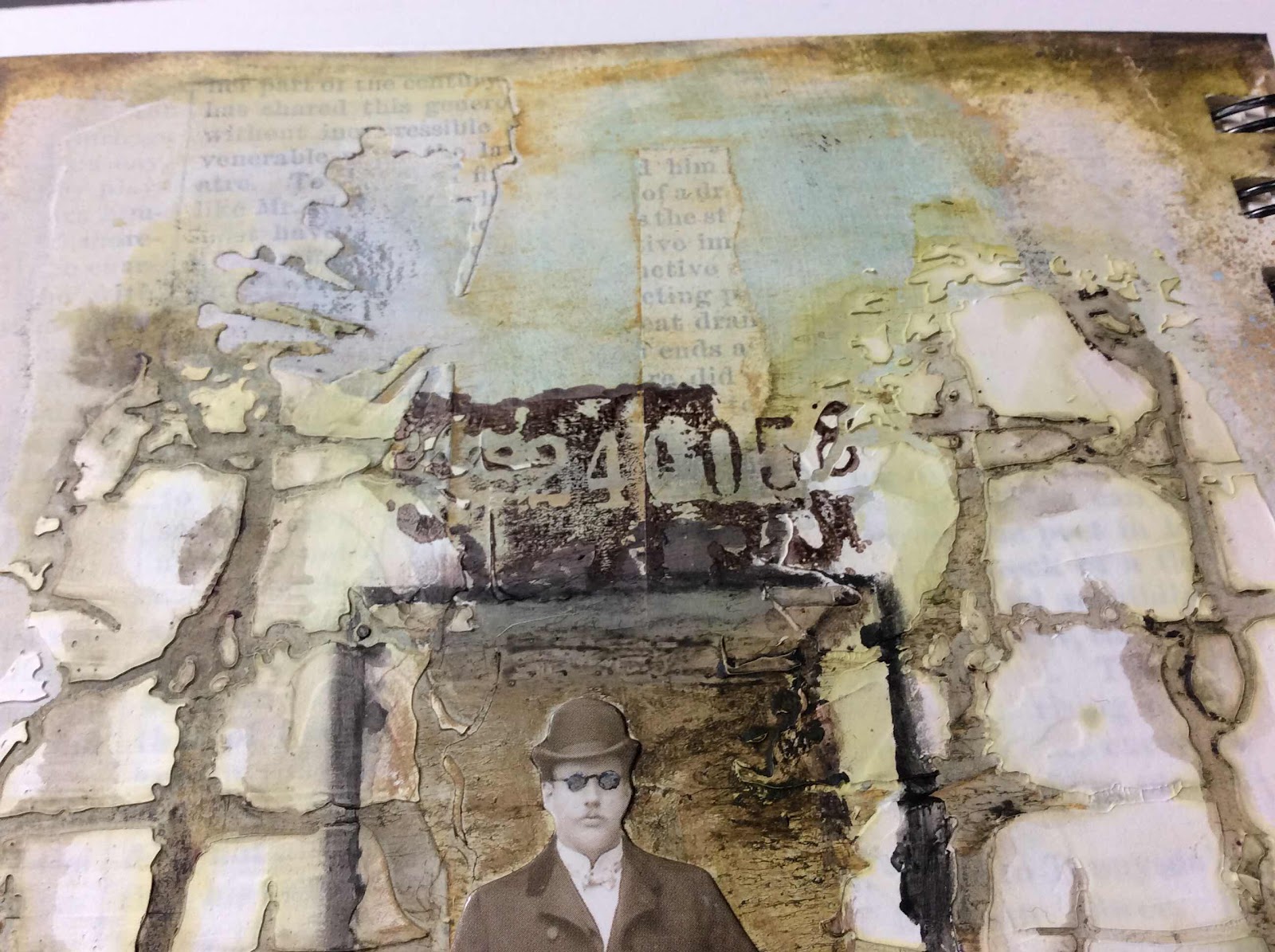 This page went from bad to worse to torn from the journal.  But when I approached it with a ruler and rotary cuter, I saw a possible doorway.  We all know I do not draw...well.  But it was already trash so, what the heck did I have to loose.  I “abstractly” tried giving the doorway depth and some steps. 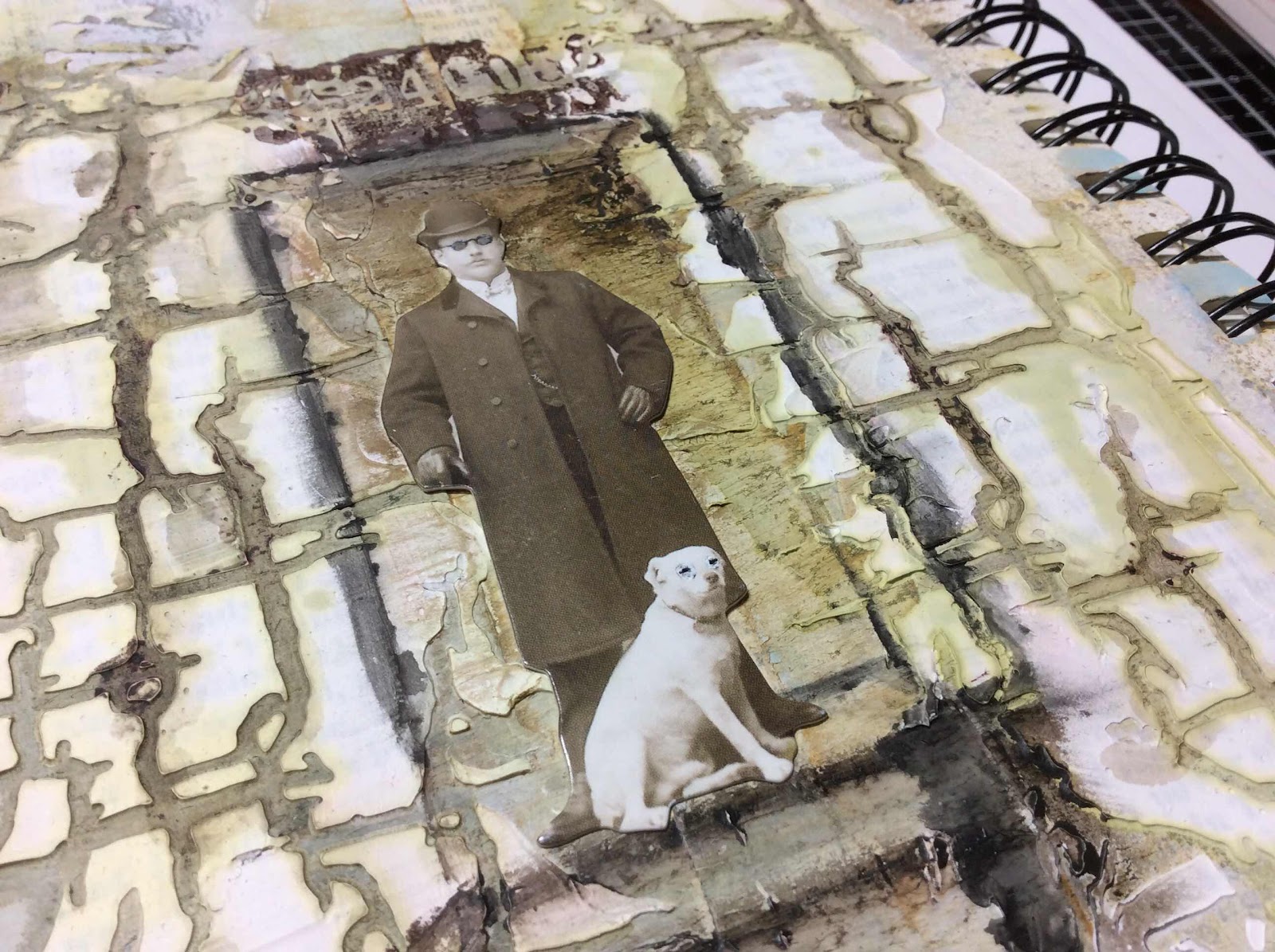 The man and dog were rejects from a halloween card.  I blacked out their eyes for a creepy effect.  And then didn’t use them.  They fit the doorway better than any other choice.  I fixed the man’s eyes with a bad look of sunglasses.  The poor little dog though was harder to fix. 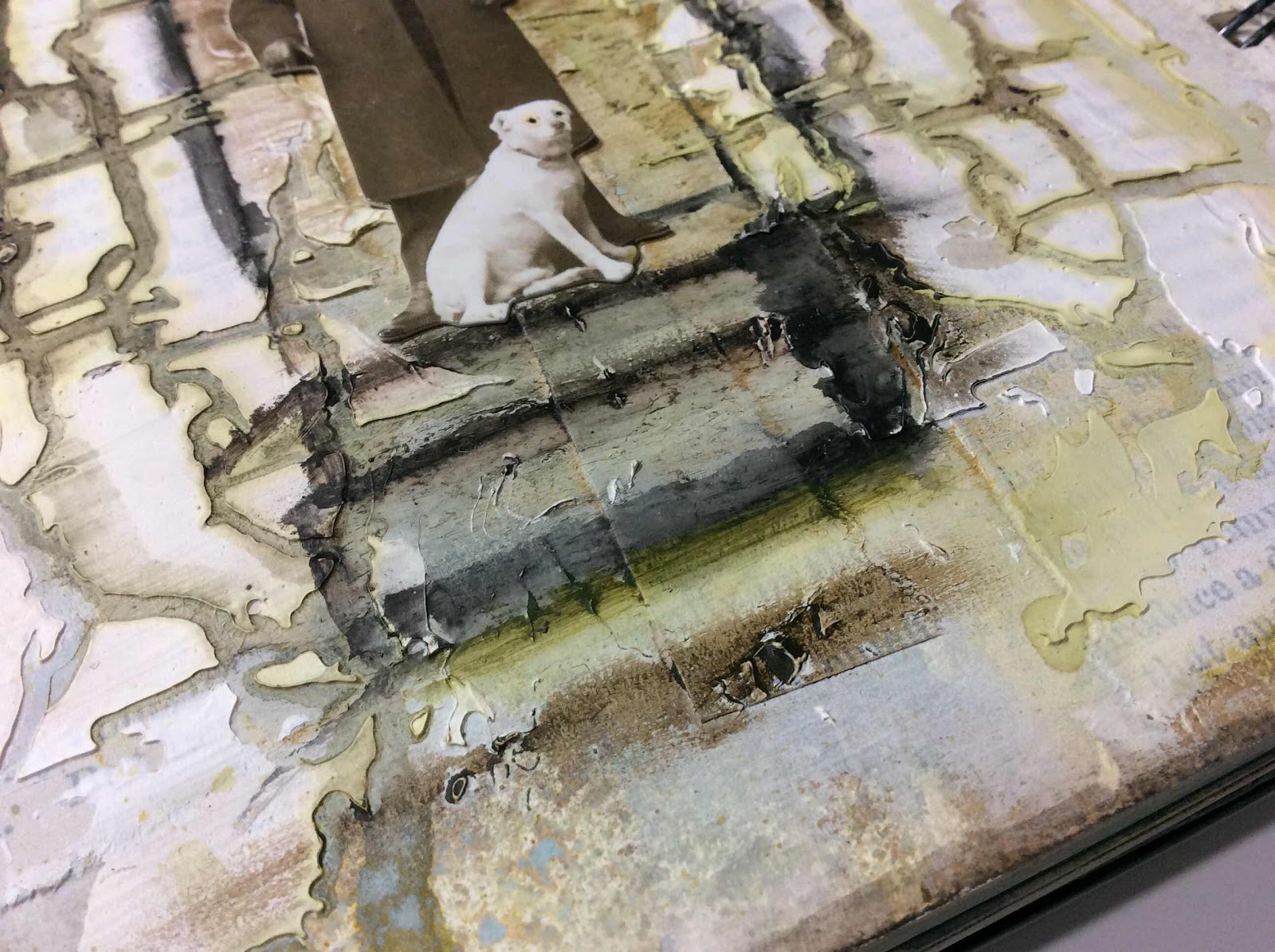 If you don’t look closely... hahaha
The page probably needs something at the top, but I’m sure it would be trash if I don’t just leave it alone now.  The man and dog must be exploring some old historic ruin...pun intended. 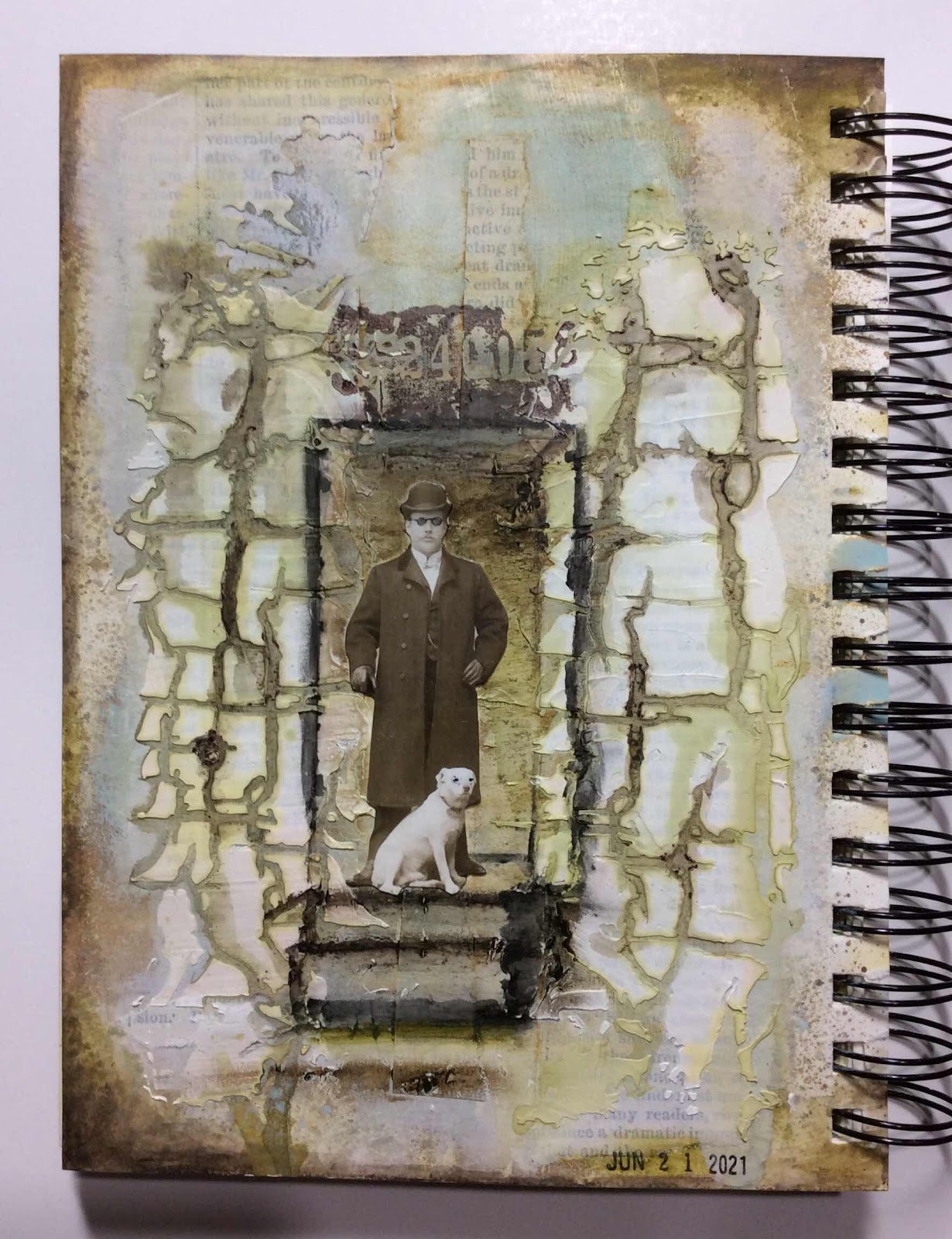 I glued the page back into my art journal and will now explore new possibilities in fixing a new awful art page.  It’s a process that seems to work for me.
Posted by Annie at 5:18 PM