Another man quilt.
The request is black and red...again.  This time I felt like that meant and no other color.  But I get to choose the backings. 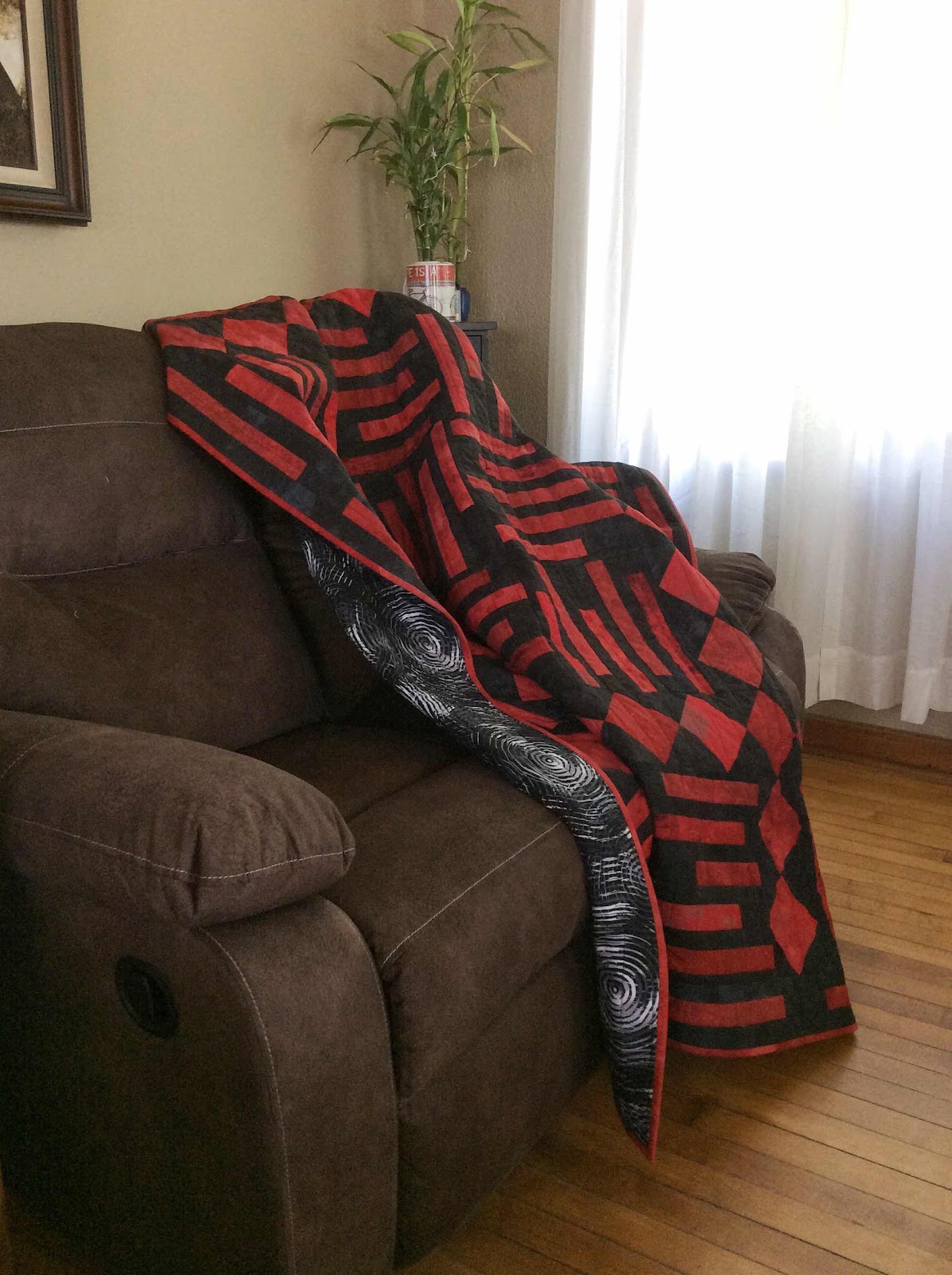 I thought I would just use the “sticks” design.  They were inspired by a photo on Pinterest https://pin.it/4kbQMYB
I wanted them on a larger scale. 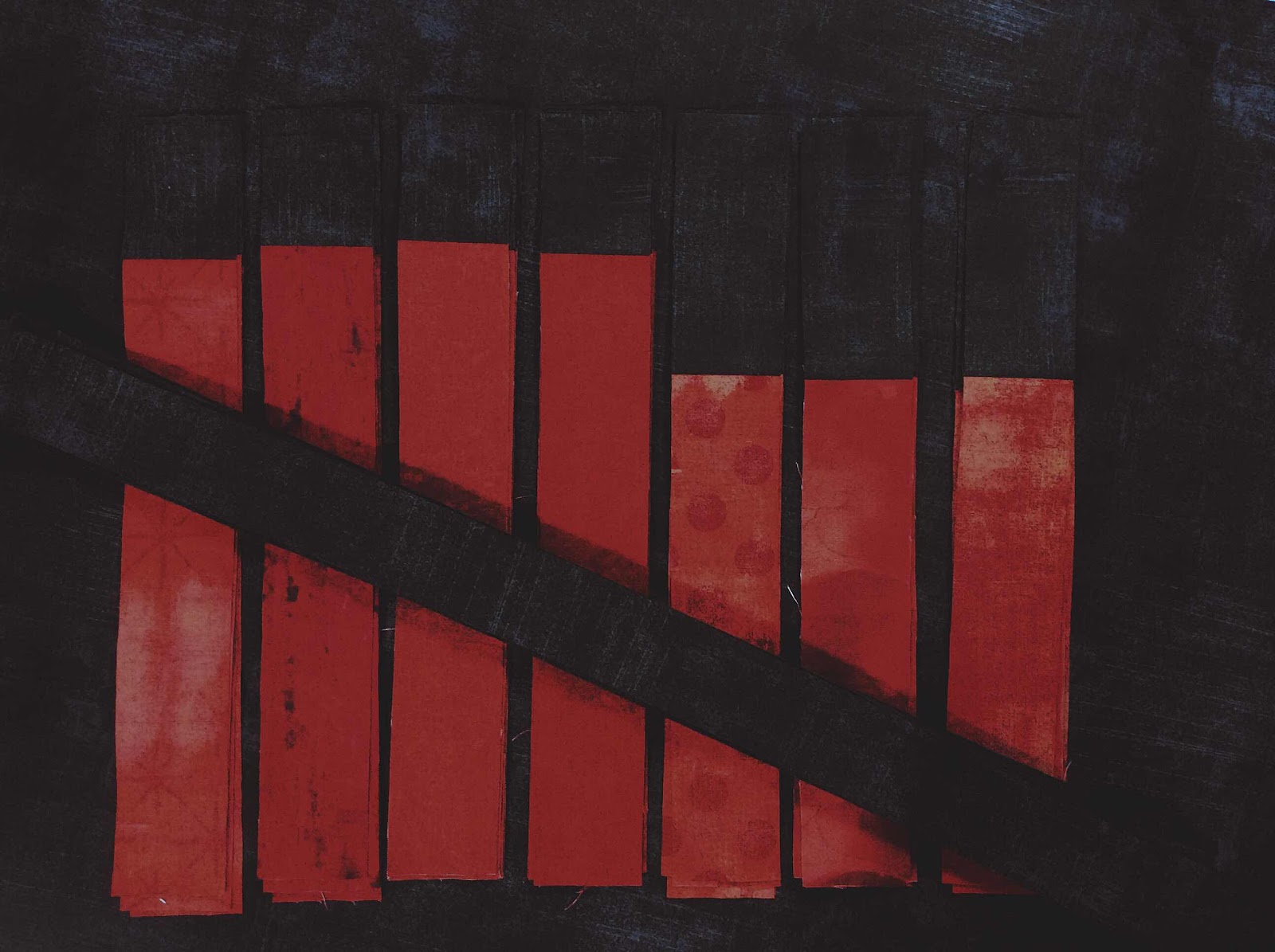 But just the sticks was too blah.  I decided some economy blocks thrown into the mix gave it more interest. 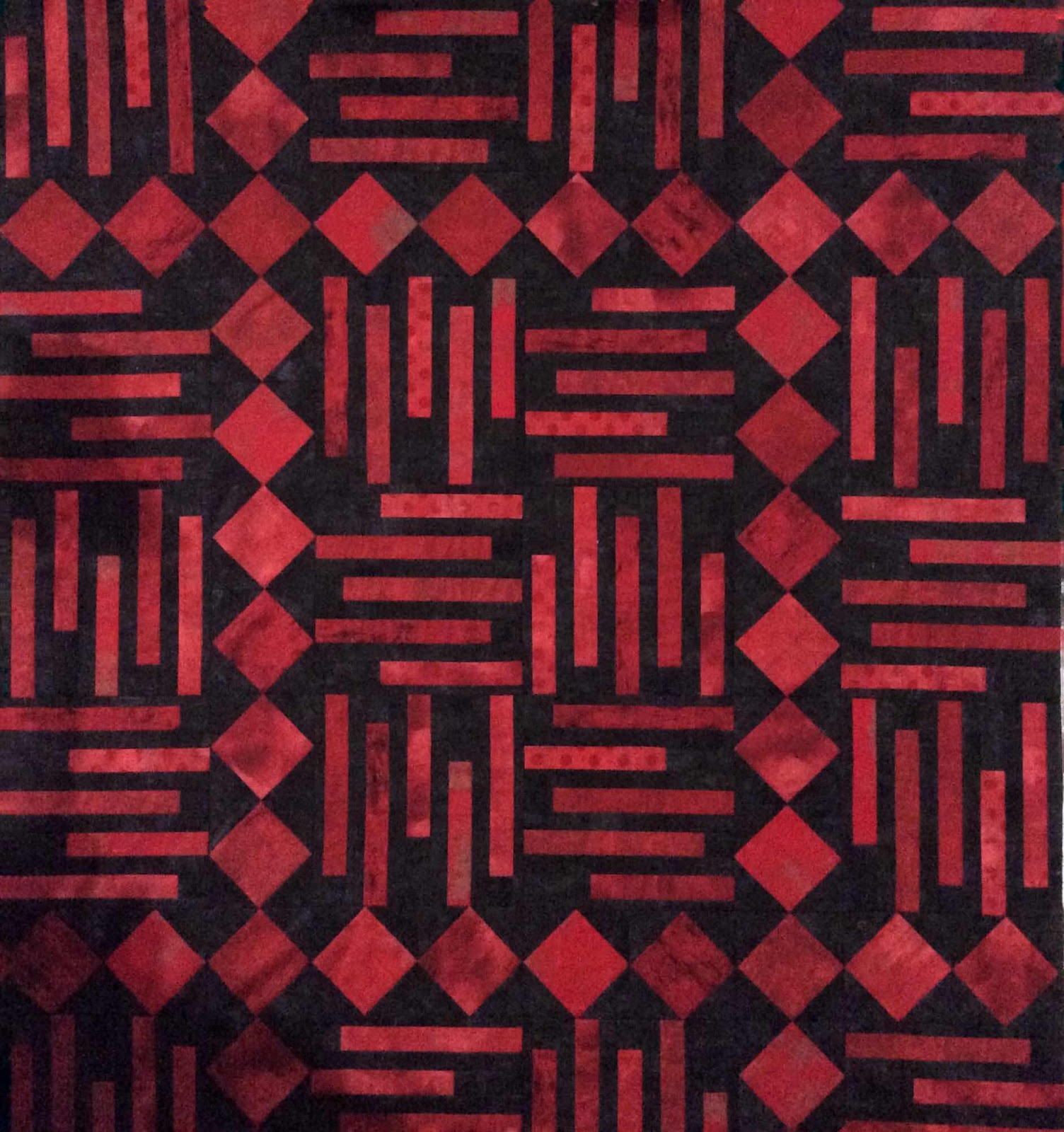 When the top was all together I took notice of the backside and the variety of the red fabric wrongsides.  I find all those light colored backings on the red fabrics rather fascinating. 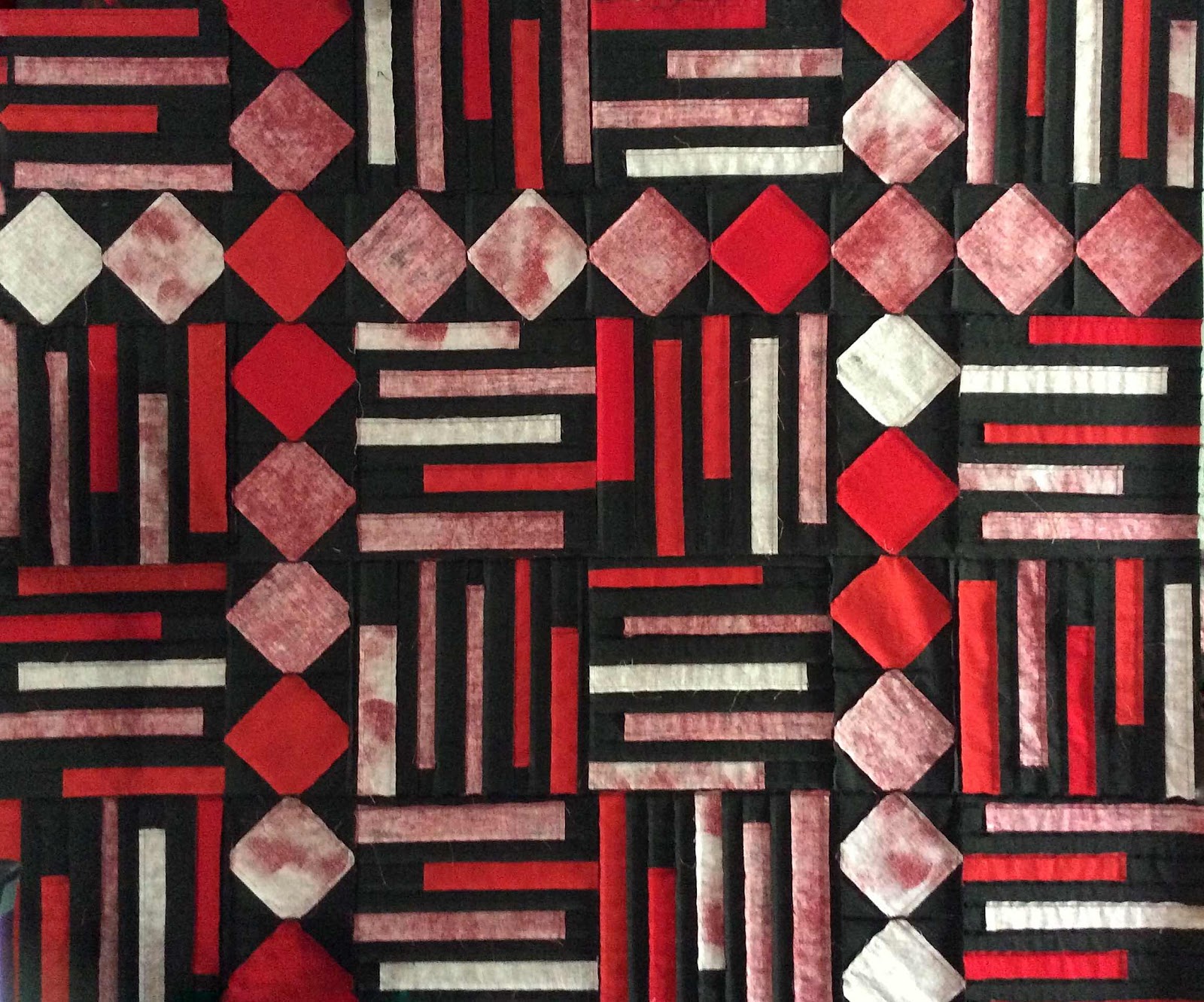 Once again, no froofroo for these men of mine. 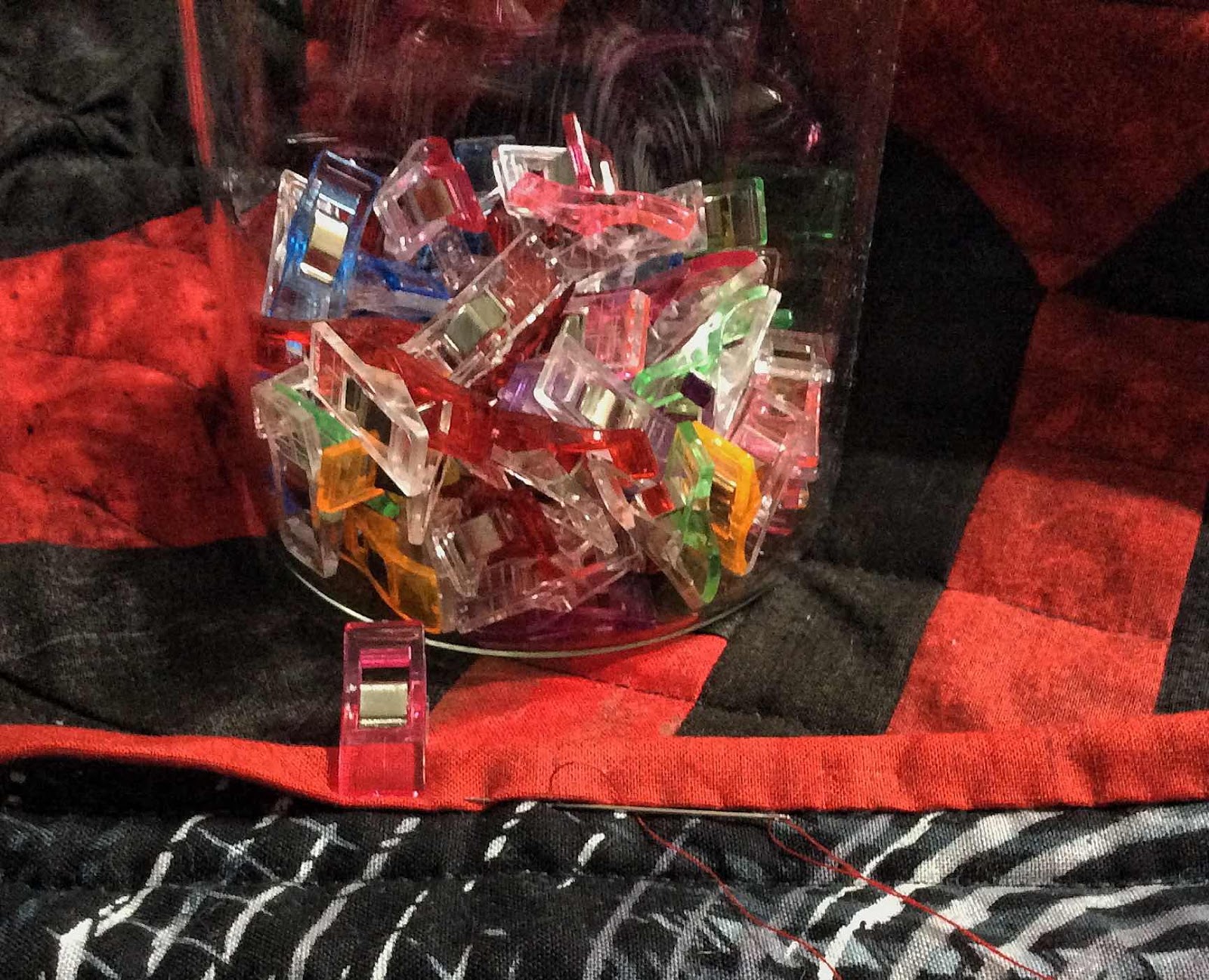 I thought while making it that I wasn’t liking it too much.  Man stuff can be boring.
But I do like it very much in the end.
It looks kind of like it could be a game board.
Just need some large game pieces and a set of rules. 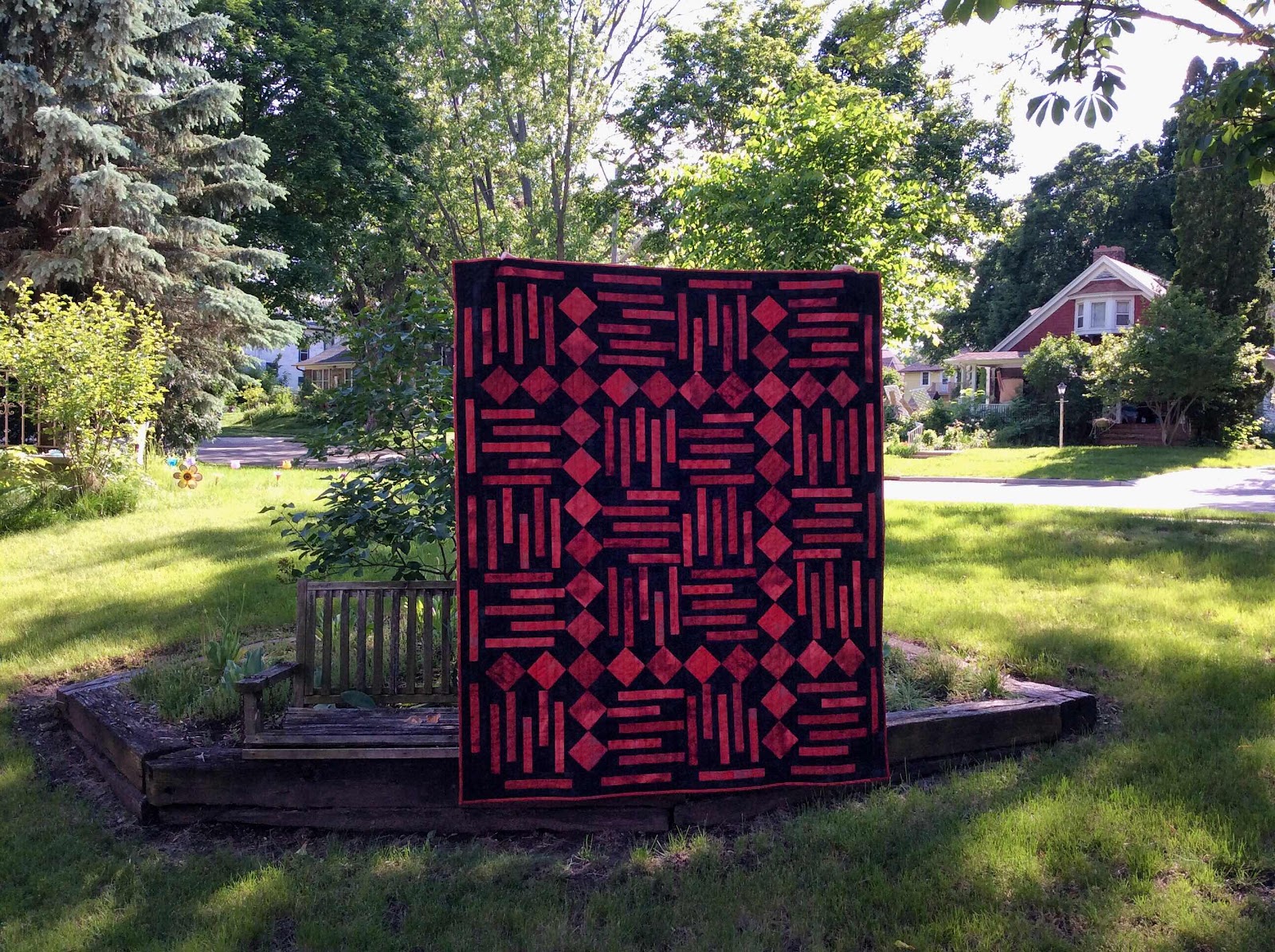 It’s quite different from any quilt design I’ve made so far.
It measures 75” X 63” 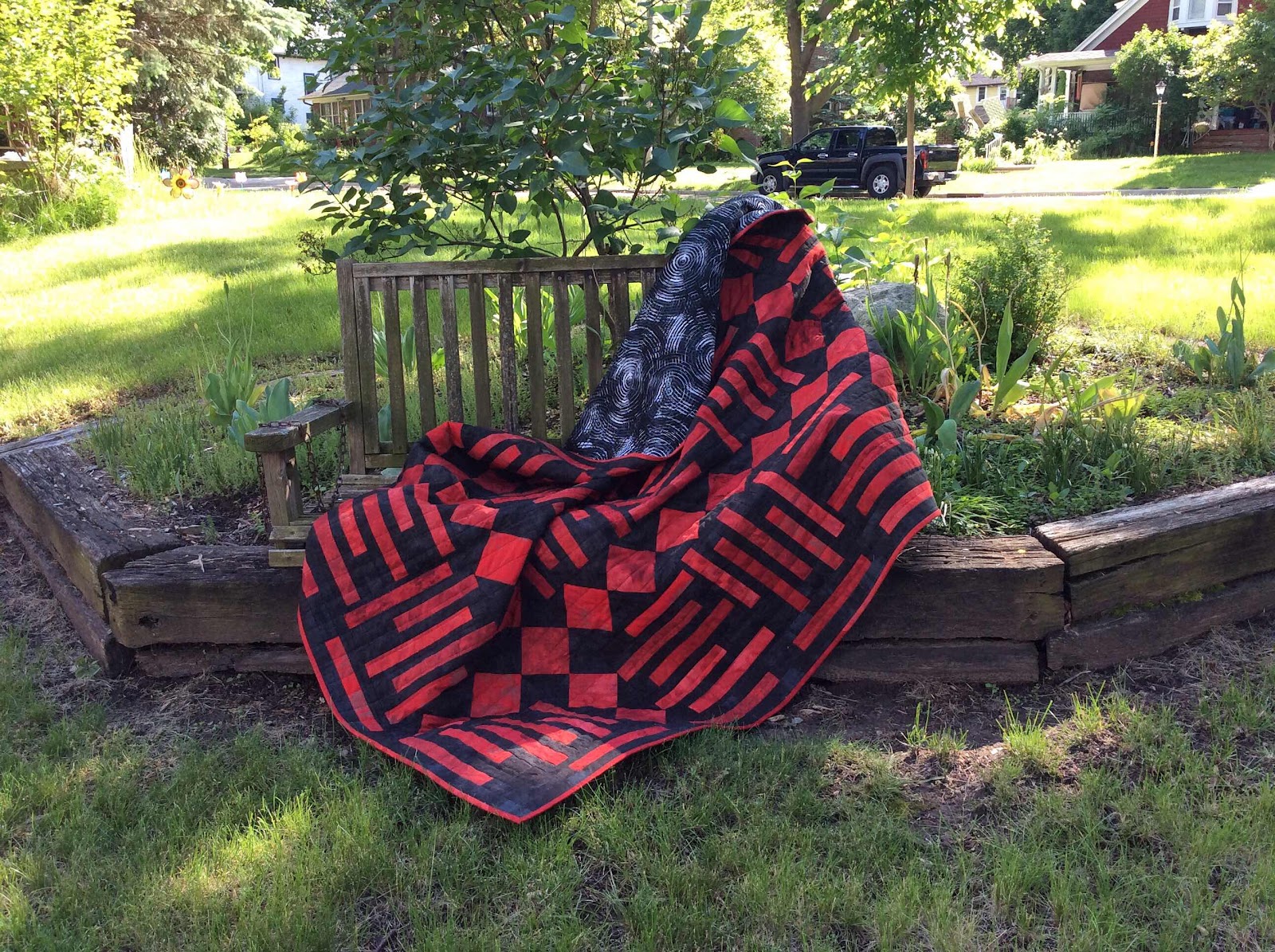 Off it goes to the man.