Patriotic Celebration
I haven't ever sewn anything patriotic other than a potholder ... until now.  And I think I have learned why.  Nothing really grabs my attention and makes me feel like I've just got to sew that.  And red white and blue aren't my favorite combination for sewing.

I noticed a couple of weeks or so ago on flickr where my friend, Carol (mamacjt) suggested a patriotic themed mug rug swap.  That threw me immediately into a patriotic sewing mood.  But I didn't want to sew for a swap.  But I felt like I wanted to sew ... something.
I thought of fireworks and how I love them, and wondered if I could make one with fabric and thread. 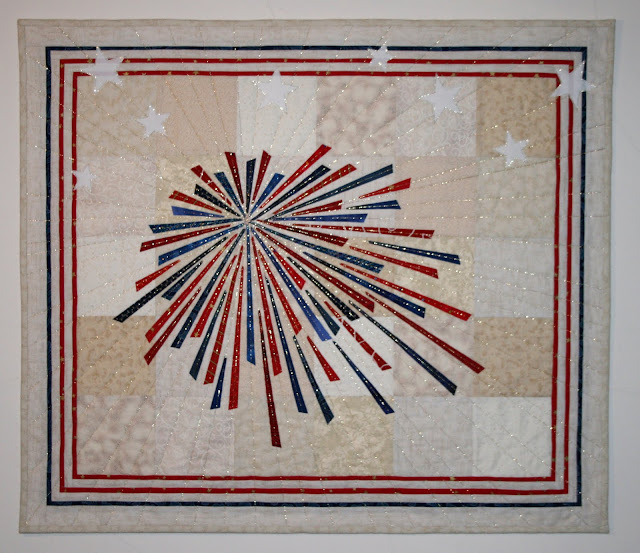 29" X 33-1/2"
I haven't decided if I was very successful or not.  I do think it's kind of fun though.  The gold tinsel thread really helps to define this patriotic burst a lot.  Without the glitz it was pretty darn boring. 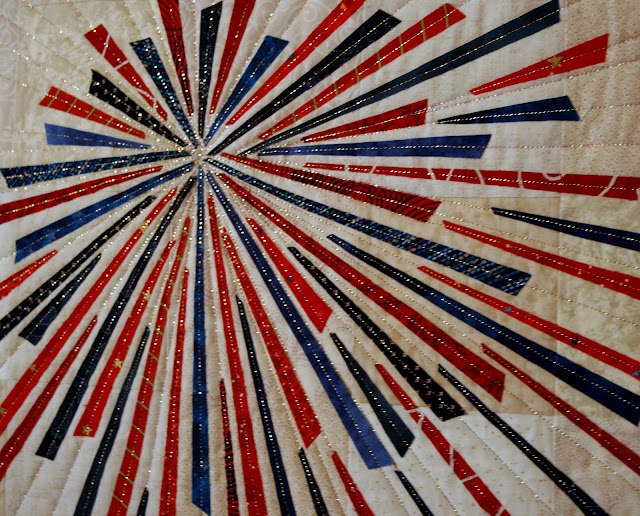 It's been a whole lota years since I've sewn with metallic thread and we won't discuss the grief it doled out to me here and there.  The point is I won in the end.﻿
Happy 4th of July, America!
Annie
Posted by Annie at 4:00 AM