My new mixer arrived earlier than expected.  It’s always a pleasant surprise to receive something sooner than expected.  These KitchenAid mixers are heavy!  It was suggested to place a towel under the mixer so that it can be moved around on the counter easier.  Well, a towel is fine for those who don’t sew.  But I had to have a quilted mat, don’tcha know. 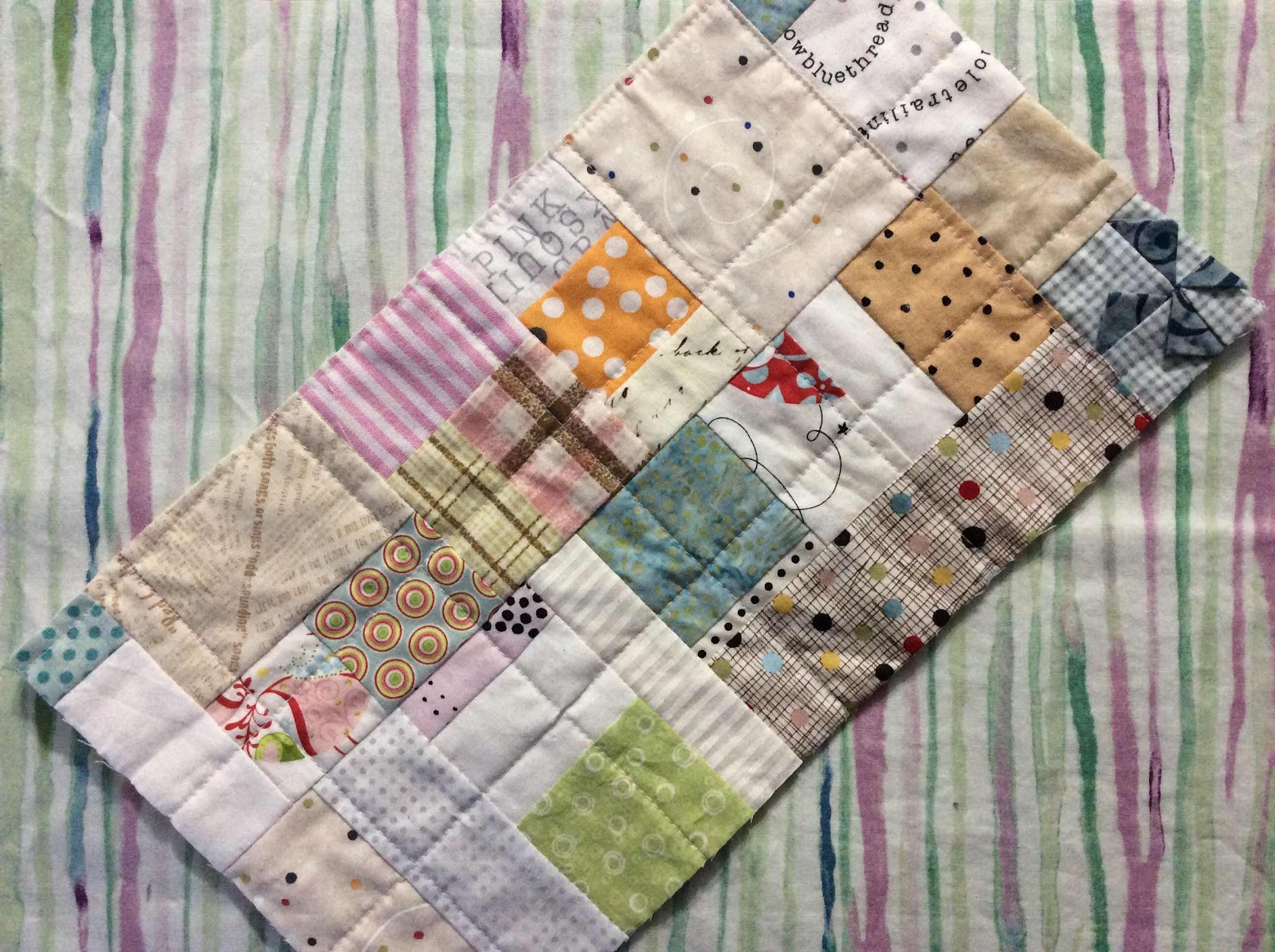 I had a couple of quilted scrap fabric pieces that had been my sewing machine cover.  After I made the cover, I got an acrylic extension table for my machine.  The cover no longer fit well.  So I took it apart.  There were two pieces.  The smaller piece was a perfect size for a mat under the mixer.  I just needed to bind the edges. 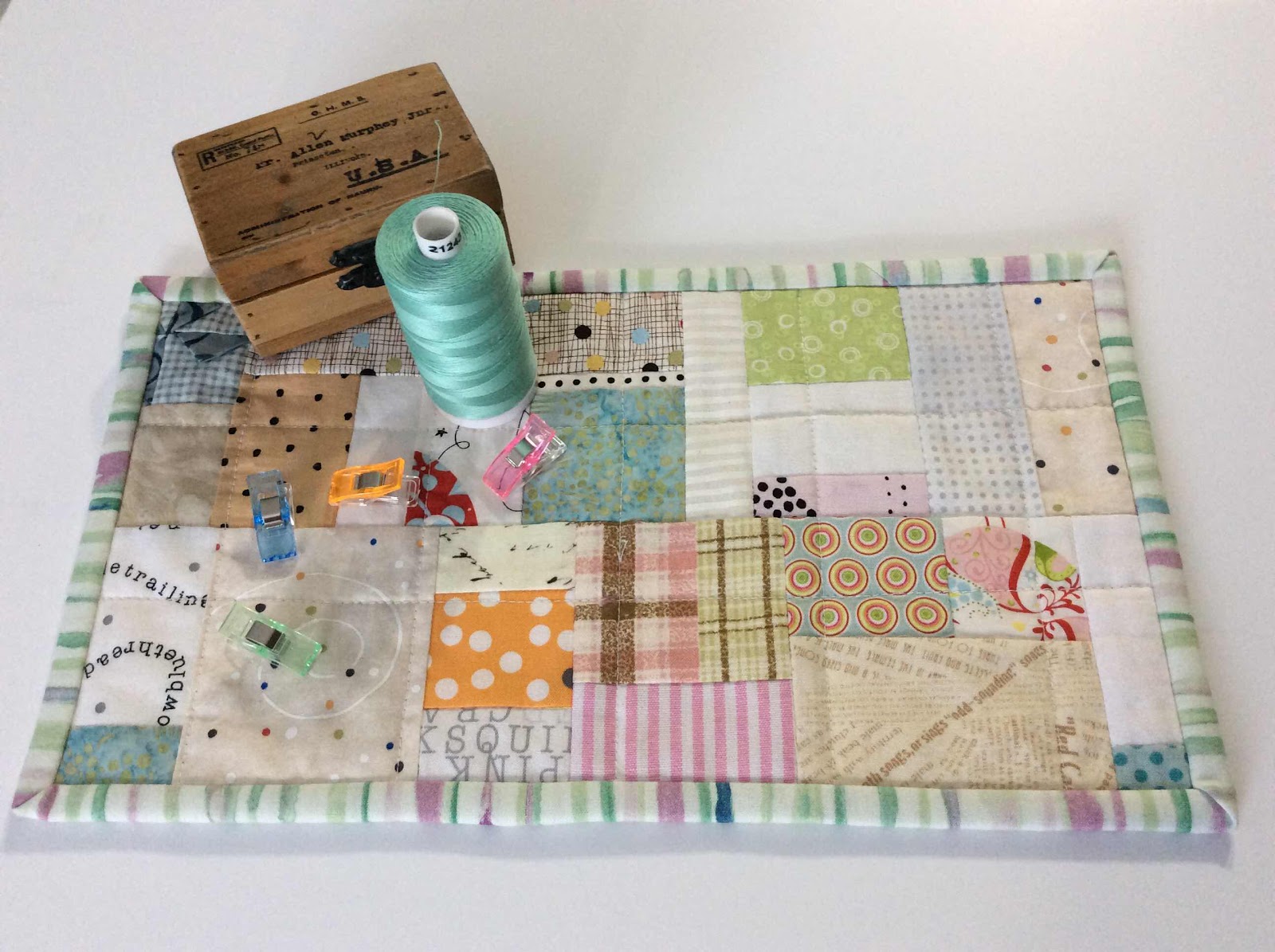 I was glad to be able to use one of the pieces.  It can barely even be seen under the mixer.  Which is kind of a shame, but it’s out of the way of ingredient messes and makes it much easier for me to pull the mixer out for use. 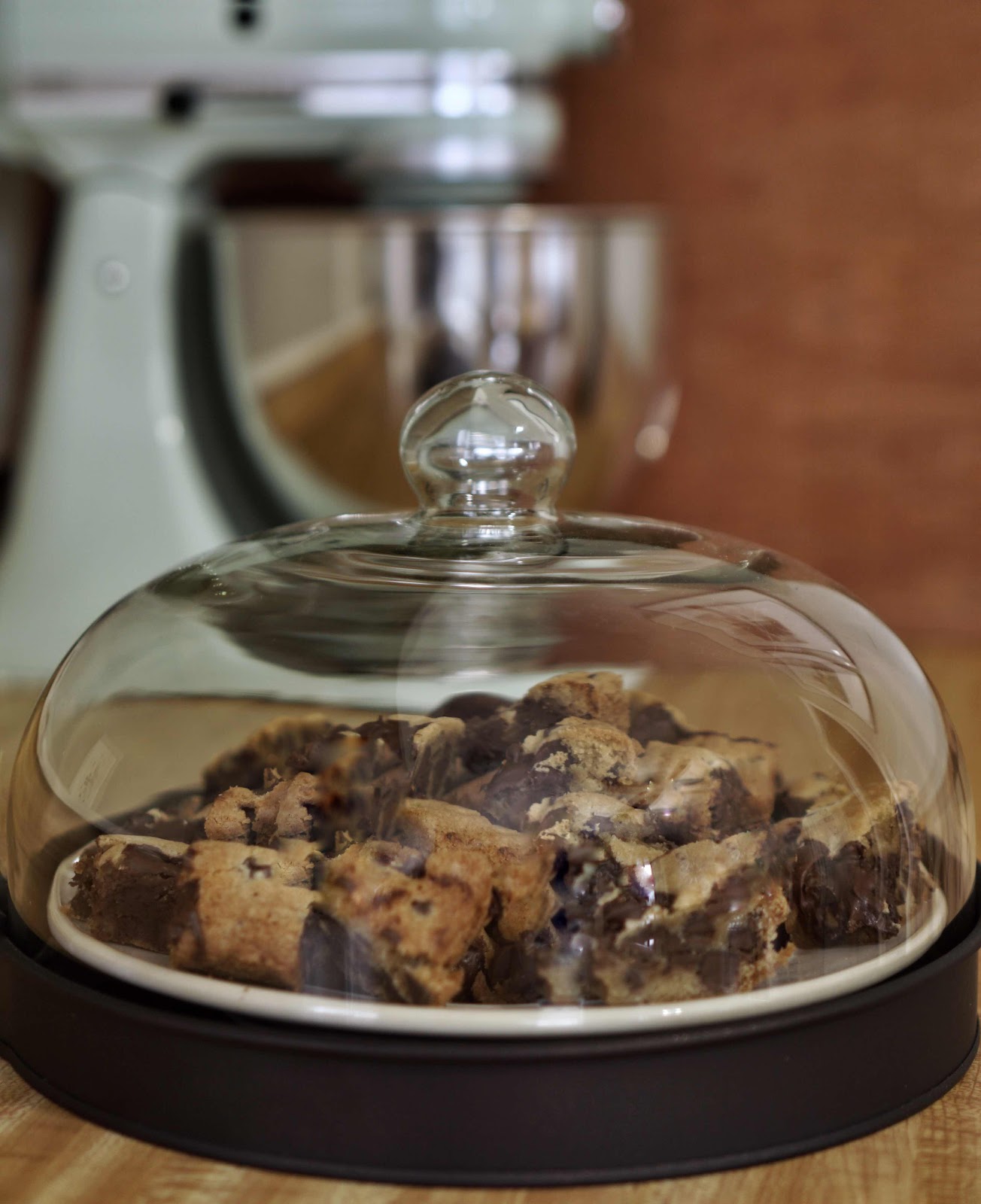 These Chocolate Chip Cookie Bars are SO delicious!  I hope the link works.  Tip:  They take a long time to set to be able to cut them cleanly.  Several hours.  I decided next time I make them I would cut them the next day.  Also, the recipe suggests a 12 bar servings.  For us that is too large of a serving.  I cut them much smaller.  Although it was very hard to walk by them without just sitting down to eat them all!  YUM!
We’re getting plenty of snow this month with more to come shortly! 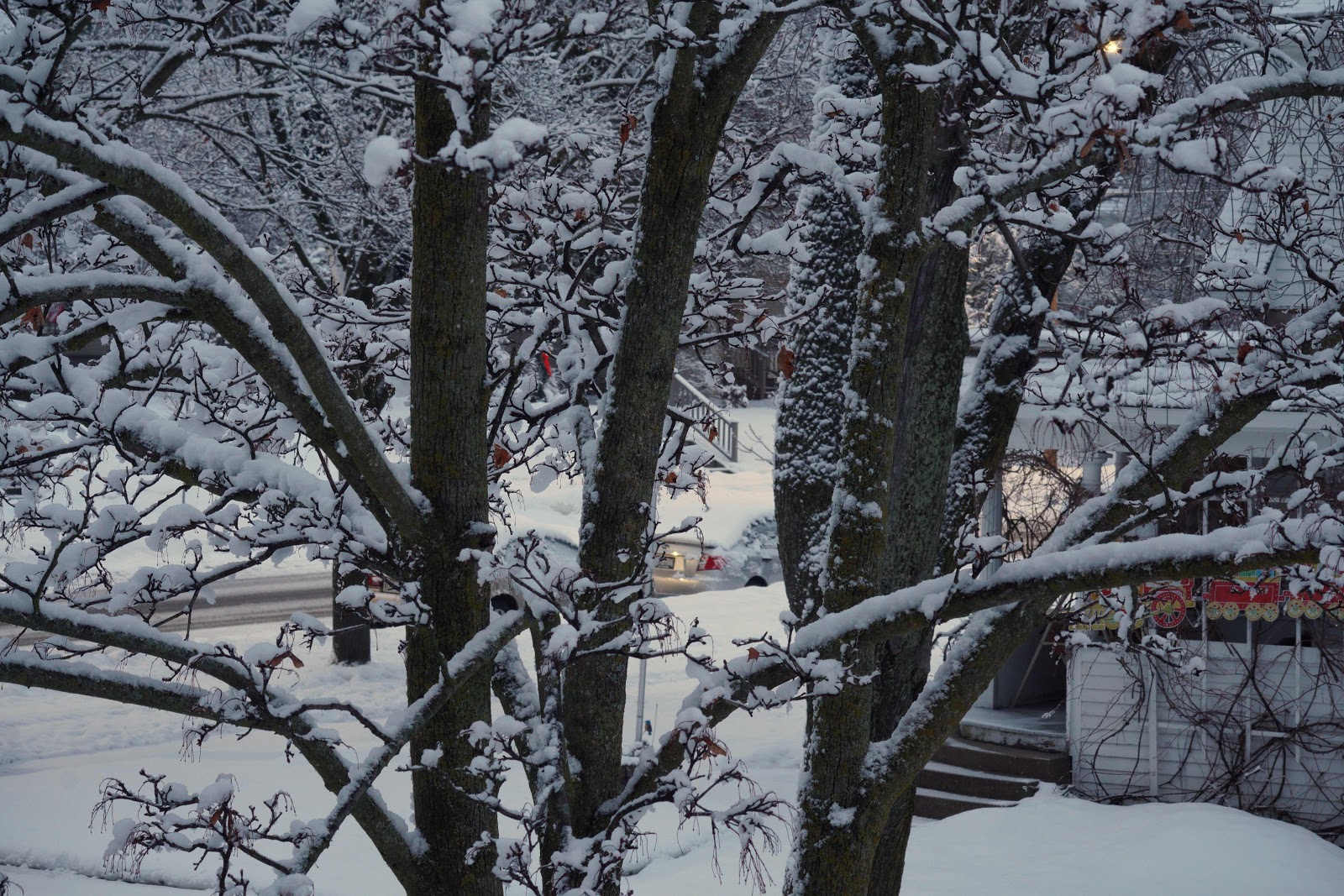 I love when the snow sticks to the trees.  So beautiful! 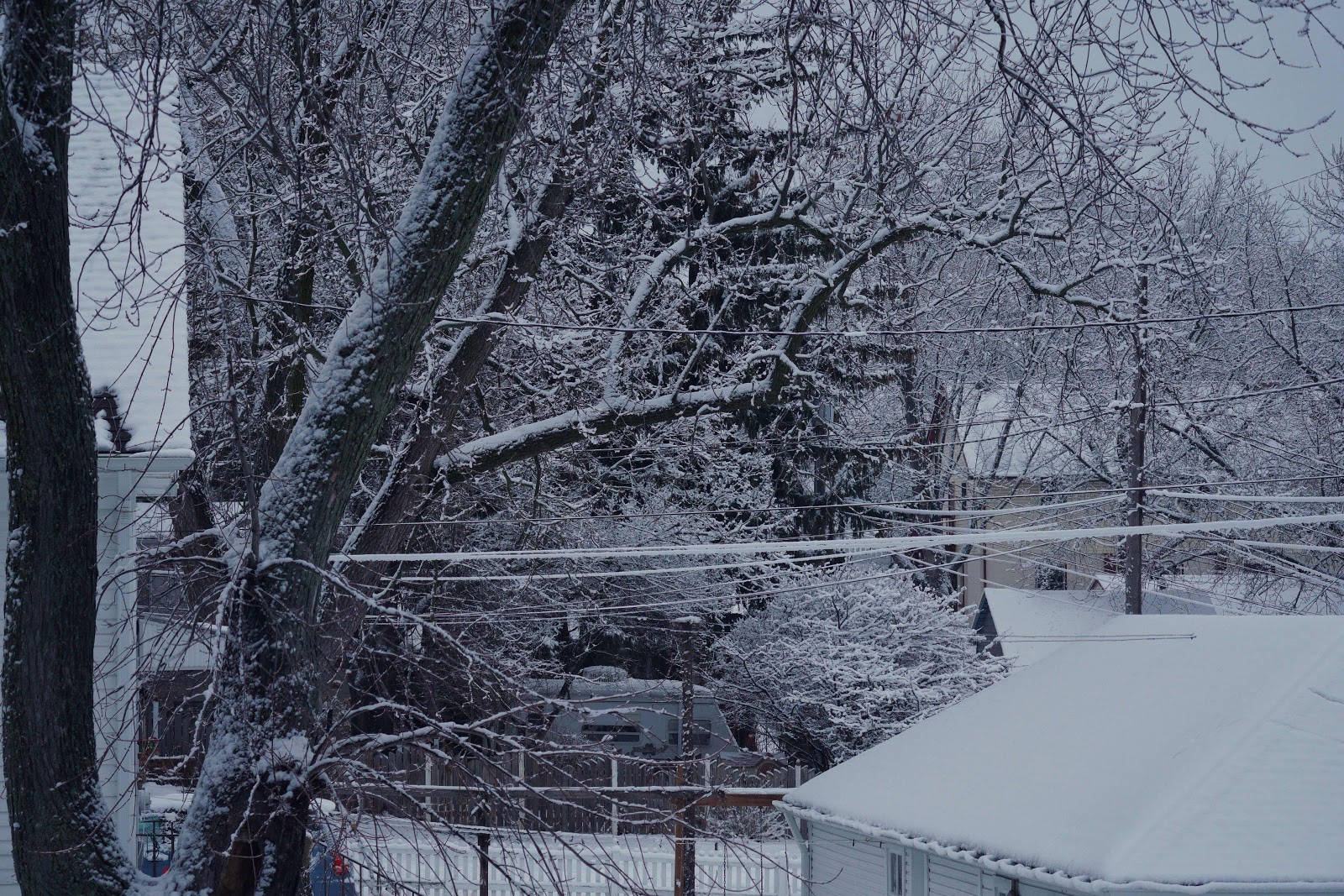 Its piling up weekly! 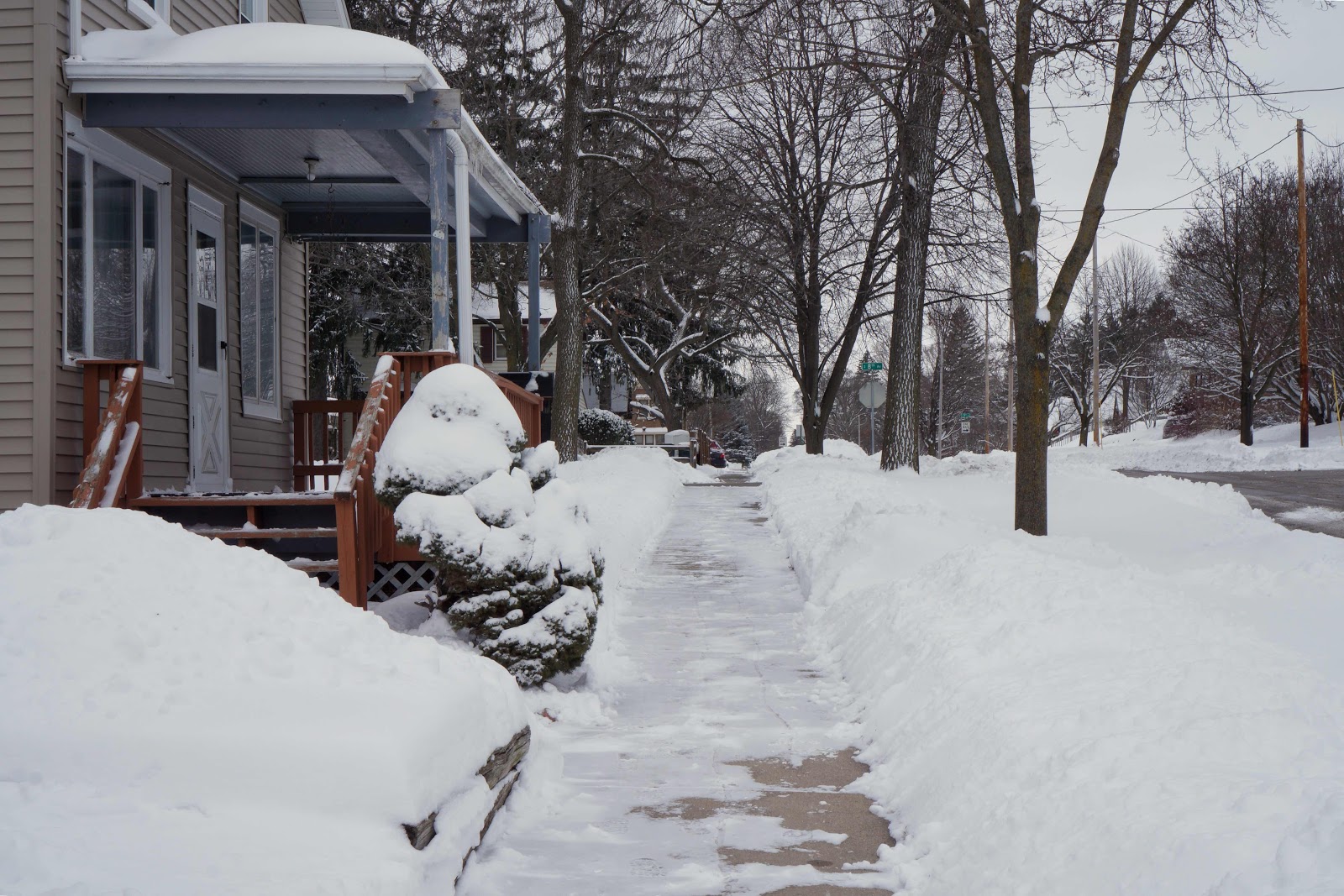 And it’s gotten down right cold too.  I’m staying inside sewing and baking.
Posted by Annie at 5:46 PM